The Spotlight is on..

Maryann is an amazing advocate and mother, who like so many is navigating her way through parenting a child with Autism Spectrum Disorder. She wrote this guest post for this spotlight, but don’t miss her blog Matthew’s Puzzle. She is hosting giveaways on her blog to celebrate Autism Awareness Month starting April 13th.

Freak. Weirdo. Oddball. They are all names I’m scared my son may be labeled with. You see, he has an Autism Spectrum Disorder (ASD) and although, or may be because, he is very high functioning he still struggles with simple social graces that most children pick up naturally. Matthew can often be too loud, actually he is almost always too loud. He also has a tendency to talk constantly. He talks through his thoughts, his responses to question, his requests; pretty much everything. Often it can make him sound as if he is much older than he is, and sometimes it makes him sound younger and more feeble. He has a good heart and he can show love and compassion, but he struggles with knowing if he has crossed into your personal boundaries. He is also very bright and excels in certain areas such as his love of numbers and letters. By three years old he could count to 100, by three and a half he could spell his name and his little brothers. At a little younger than four he was testing at five and a half for school preparedness. But don’t get me wrong, he may be gifted in some areas but he is still lacking in many others.
Autism is currently affecting one in 150 children and one in 60 boys, according to the Centers for Disease Control (CDC), but many in the Autism community believe these numbers are low and under reported. Recently there was a report from a Cambridge study in the UK that stated they are seeing one in 38 boys currently diagnosed with an ASD. That is an alarmingly high number and many in the US believe we are right on their shirttails. Many more of us are encountering autistic children every day. We are seeing them in restaurants, at schools, grocery stores and playgrounds; anywhere that the public gathers. And because Autism does not have an identifiable physical characteristic it can be very hard for people to recognize an autistic child, especially a high functioning autistic child. And when there are no easily identifiable visual cues often expectations of these children are significantly higher than the child is able to produce. This can often lead to outsiders judging the child and/or the parents unfairly and harshly.
Jenny McCarthy, in her book Louder than Words, mentions being in an airport waiting for her flight when she witnessed a child throwing a temper tantrum. She remembers seeing the mother struggle to gain control of the situation and how it was impossible for the mother to calm her child. Another waiting passenger made a disparaging remark about the mother and child and Jenny, having recognized the child as Autistic, turned to the other passenger and told them to have some compassion because the child was Autistic. How many of us have judged the parent of the tantruming child in a grocery store or restaurant? Given them the disgusted head shake? Muttered to ourselves that if they just disciplined the child, the child would behave? I know I had, before I was shuffled into the world of Autism.
I wouldn’t dare judge another parent now. Nor would I look at a child and think them strange or odd since entering the world of Autism. Maybe the particular family I’m encountering this time really is just a family of neurotypicals that have disciple issues, but maybe they aren’t. Maybe instead, they are really like my family, struggling to find a balance in our lives and in our communities. I know firsthand how hard it is to balance the need to expose your ASD child to normal stimuli, just like every other child. This is drilled into our heads as soon as our children start any sort of Occupational Therapy. We are told we must acclimate our child to as many social settings and interactions as possible and the only way to do that is to take them out into the world and place them in social settings, ie parties, stores, airports, etc. But we also know our child’s limitations and how quickly they can go from happy to sour, angry and aggressive. Often we go out into the “real” world only out of sheer necessity. We need to take our child to the doctor, or there is no one to stay with them and we have to get the groceries. These are the things that many ASD parents struggle with; do we take our child out? And if we do, what will the outcome be.
Tolerant. Understanding. Compassionate. These are the names we would like to call you, the people in our communities that can help us to integrate our children into our societies. Because with one in 150 children being affected and that number rising, you will be encountering more and more ASD children in your daily lives. 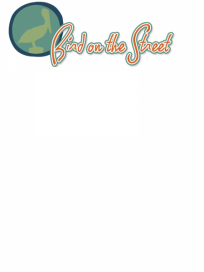