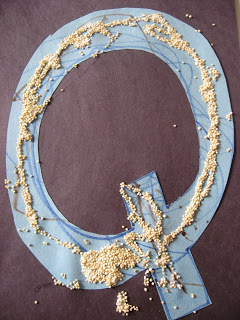 This isn’t the prettiest project ever but the tactile element of the quinoa was a big hit . If you are not familiar with quinoa, it’s a yummy grain that is similar to cous cous but healthier for you! We love it and it also makes a great addition to a sensory tub , it’s small, soft on little hands and not nearly as hard on your feet as lentils. You will want a broom or dust buster handy after this craft. 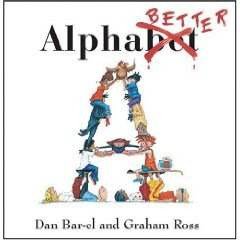 “Alphabetter” by Dan Bar-el and Graham Ross is another great alphabet book for you to check out. Each letter is represented by a child who has something that starts with the same letter as their name but doesn’t have what they want which starts with the following letter. It’s such a cute gimmick and so effective while reading that it’s not a gimmick at all! At the end of the book all the children pass the items back down the alphabet and everyone gets what they want. Awesome book for toddlers on up ! 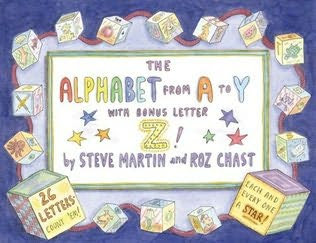 “The Alphabet From A To Y With The Bonus Letter Z” by Steve Martin was introduced to me by Rebecca when she sent it in for this post . When I saw it at the library I grabbed it and so glad I did. It’s a fun book with silly rhymes for each letter and I was surprised that my son sat all the way through it. It’s a pretty long alphabet book for a toddler. I liked the details in the illustrations even if the sometimes gross humor was not my favorite, but kids will love it ! 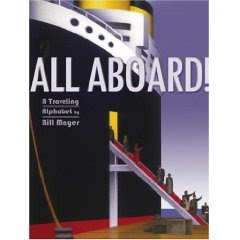 “All Aboard : A traveling alphabet” by Bill Mayer was more fun for my husband and I than for my son but that’s not a bad thing. It’s a book of pictures, with hidden letters in them. For example the letter O is overpass with loops of road and hidden in it is an O. Some letters were easy to find some were hilariously hard. We read this to my son tonight at bedtime and while we stared at the letter H ( highway) picture debating where the h was, he fell asleep between us in his bed. This is a great alphabet book for families with children just learning and those who have mastered the alphabet. Oh and the debate was settled , we were both wrong. The final page highlights the letter in each picture in a compilation of the whole alphabet. 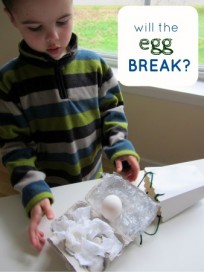 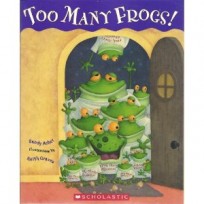 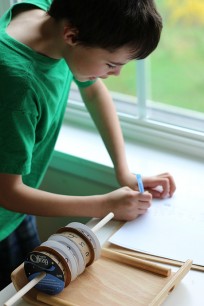