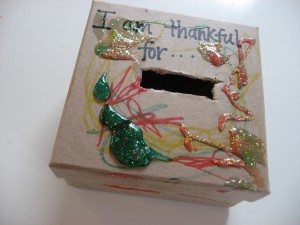 Yesterday was Thanksgiving in Canada and although we didn’t celebrate with a big turkey dinner we did make this Thankful Box Thanksgiving craft, took time to think of things we are thankful for, and share them at dinner.  At the dinner table last night each family member wrote what they were thankful for, and added it to the box.  We didn’t keep ours a secret but you could. Our plan is to fill the box up over the next week and read it over dinner on Sunday to celebrate all we are thankful for.

Thanksgiving in Canada is similar to the holiday in the United States, although we don’t have pilgrims, don’t watch football all day , and don’t line up for sales the next day either!  Our celebration is a celebration of the harvest, yes we eat turkey and cranberry sauce and each family has their own traditions. These books work for Thanksgiving in both countries, something that is useful for the many families like mine that is both Canadian and American. Also I couldn’t resist adding my favorite book about home, if you aren’t familiar with Canada I urge you to find this book and flip though, it’s a great cheat sheet or introduction to Canada! All book lists include affiliate links to amazon.com. 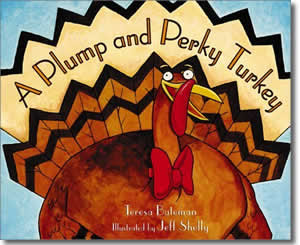 A Plump And Perky Turkey by Teresa Bateman is such a cute and funny book about a town that needs a turkey and the lengths they go to to find one, including trickery!  The town is sadly outwitted by the turkey and end up eating shredded wheat for thanksgiving. The illustrations kept my little man interested even though the story”™s humor was above his head.

**Edited for 2009** Much of the humor is still above my wee man’s head although I was reminded how much this book’s dark humor makes me giggle.  He was a little off put by the idea of the towns folk eating the turkey and was relived when he escaped before they shoved him in the oven. I like that he is starting to understand that the meat he eats is actually a cooked animal, we take that for granted but for many young kids this is a huge realization!

Thanksgiving is For Giving Thanks by Margaret Sutherland is book that explains what Thanksgiving is, and gives lots of examples of things to be thankful for. I like this book although I could go without the page where the narrator is thankful for lollipops, all the other things are wonderful like a teacher’s encouragement, grandma’s hugs, and sunny days and to me the lollipops sorta fall flat. Easily skipped over if you are not keen on it but the book as a whole is valuable teaching tool about thanksgiving.
** Edited for 2009** I wrote the above review last year when my son was not quite 2, now at almost 3 he loves this book and I think reading it recently has really helped him understand what the concept of being thankful is. Also he loves the part about lollipops. Go figure! 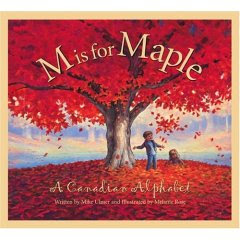 M is for Maple, a Canadian Alphabet by Mike Ulmer. This book will make you feel proud to be from Canada if you are Canadian and teach you something about your neighbour if you aren’t . It will also teach your children things about the country they live in and why we feel pride when we hear names like Terry Fox, Anne with an E and Gretzky! I love this book and have since I first read it during teacher’s college in Thunder Bay, if you can be happy about being in Canada during a very cold Thunder Bay winter you can be happy about it anywhere.

Want more Thanksgiving craft ideas? Give this post a try! 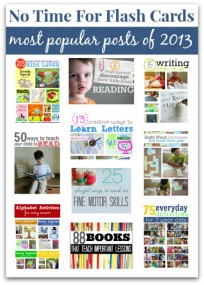 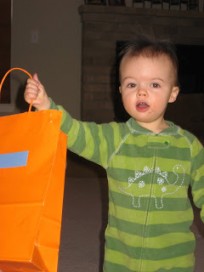