As we greet the new year I can’t help but be a little reflective of the past year. In our family, we’ve amassed a wonderful home library of delightful children’s books. And as I look through our shelves I notice some authors appear more often than others.

Lauren Child is one such author. Lauren Child both writes and illustrates her books. The copy is fun and witty and is always in the voice of a child (parents or adult figures, if they appear at all, are secondary). I think that’s what makes her books so approachable, they’re written as a child would talk and think. The images in her story are mixed media, consisting of a collage of illustration and photography.

I can almost guarantee any book Lauren Child produces will more than likely end up in our home library and many already have. Here are a few of my kid’s favorites (and mine as well): 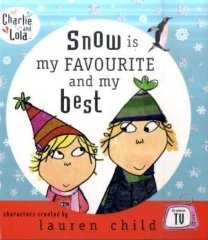 Charlie and Lola: Snow is My Favorite and My Best (Charlie & Lola)

If you’ve never heard of Lauren Child, you’ve probably heard of her sibling characters Charlie and Lola. They were actually our first introduction to Lauren Child. There are a number of books (and now DVDs and a TV series) based on these characters. All the stories are written from the point of view of Charlie, the older brother, and his interaction with his younger sister Lola.

In Snow is my Favourite and my Best, Lola is excited about the weatherman’s promise of snow, to the point that she holds a vigil late at night by her bedroom window waiting for its arrival. Lola and Charlie spend the day with their friends making snow angels and sledding and having hot chocolate. Lola loves snow so much that she wishes she could have snow every day. It’s not until her brother Charlie cleverly explains in a way that Lola (and any young child) can understand why snow every day isn’t really a good thing.

I absolutely love these siblings. I love the way they interact, how they learn from each other. Especially loved Lola’s vocabulary and language structure. Any of the Charlie and Lola books will entertain kids.

He’s a brown rate, a street rat. But people call him that pesky rat. And his biggest dream is to belong to somebody, to be a pet. The pesky rat thinks about all his animal friends who are pets and the type of owners they have. Each recount starts off with what a marvelous life his friends have (Oscar the cat can do whatever he likes because his owner’s never home, Nibbles the rabbit lives an exciting circus life). His friends, however, tell him that being a pet isn’t always fun. But that doesn’t stop pesky rate from finding an owner.

So he writes an ad, looking for a kindly owner and places it in the pet store window. As days pass and the pesky rat is about to give up hope, a man with very bad eyesight sees pesky rat’s ad (he has to squint to try and read it). It looks like pesky rate might get his wish after all, with a few compromises.

A wonderful story of belonging. Even if the main character is a rate, he’s a lovable one. 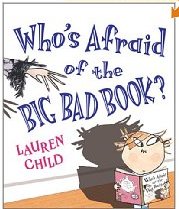 Herb loves storybooks. One night Herb couldn’t fall asleep so he started to look through his old book of fairytale stories. Soon his eyes became heavy and he fell asleep with his head on the page. The next morning he when he awoke he found he had fallen into the book.

Trying to get out he moved through the various fairytale stories, encountering a shrieking Goldielocks, nibbling Hansel and Gretel, a cat wearing boots, a fairy godmother and more. Only with the help of the words in the story is Herb able to get out of the book and return back to his bedroom.

Lauren Child uses elements in the book, such as foldouts and upside down pages, to make this a fun story. Kids will enjoy seeing their favorite fairytale stories in a different light. 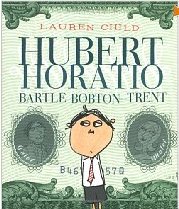 Mr. and Mrs. Bobton-Trent were frightfully, frightfully rich. They lived in luxury, dined out, and knew everyone who was anyone. They wanted to meet someone new, so they had a child.

Hubert Horatio Bartle Bobton-Trent (or H for short) was quite bright for a child, a natural at everything except cake baking and flower arranging. Everything was business as usual until strange things started to happen: the family ran out of jelly at a party, the butler was paying the milkman with priceless portraits, the maid never appeared to serve their dinner.

Herbert discovered his parents had spent all their money, they were broke. Being a clever son, he came up with ways for the family to earn money. Such as having his parents enter board game competitions or selling tickets for people to tour the house. However, his parents always managed to spend the money on parties to entertain the other contestants or house tourists.

Hubert realized there was nothing left to do but sell everything and move into an apartment. This would mean a big change for the whole family, but it turns out a big change was just what the family needed.

Hubert Horatio Bartle Bobton-Trent is longer and a little wordier than some of the other books I’ve mentioned. However, Lauren Child’s use of images and how she uses text as art makes for an interesting read. The idea that bigger and more isn’t necessarily better is a great tale too.

Carrie Anne is a contributing writer on No Time For Flash Cards , she is a mom of 3 and has a love of the written words as well as addictive games on her iPhone. You can catch up with her on her blog  Another Day. Another Thought…Or Two. 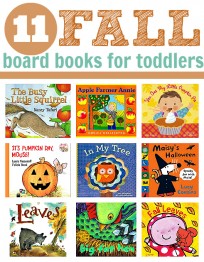 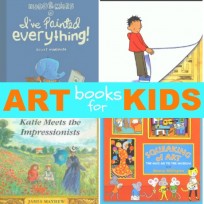 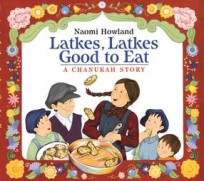