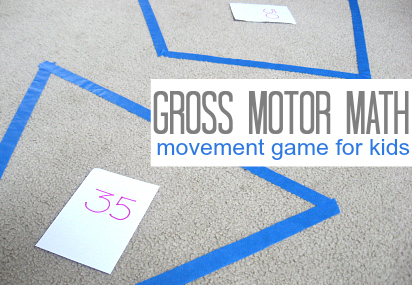 This game was supposed to be done with beanbags, we were going to toss them into the shapes… but a classic 3 year old breakdown about not being able to do it perfectly lead to me adapting it. I didn’t give up right away, but when he calmed down tried again, did a fine job and STILL broke down into sobs I couldn’t decipher, I decided to change it. So instead I threw on some music , and went for it. If you have a child who likes to throw and isn’t in the perfectionist stage mine is very painfully in at the moment grab some beanbags and take turns tossing them in for a fun variation.

Have fun remember that our best laid plans are often thwarted by our best loved little ones. I am glad i didn’t give into my growing frustration at his inexplicable meltdown and instead adapted the game. We had fun playing before and after nap . 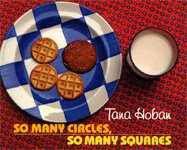 So Many Circles, So Many Squares

by Tana Hoban is a picture book that is all about shapes in our environment. There is page after page of pictures of daily life, food, signs etc…with the simple question of finding the shapes in the photos. It’s a great book to use as a launchpad into a shape hunt in your own home or around town and worth a few looks because you will be surprised at the shapes you missed the first time. 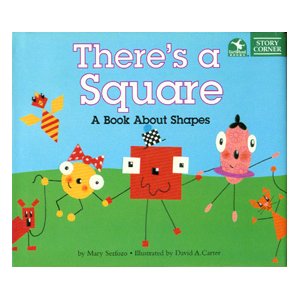 There’s a Square: A Book About Shapes by Mary Serfozo is a good shape book for preschoolers. Almost every illustration is made up of recognizable shapes and the text is made up of entertaining rhymes about the shapes on each page. My son thinks it’s funny that the shapes “Are sorta like people.” referring to the fact that the shapes are made into characters . 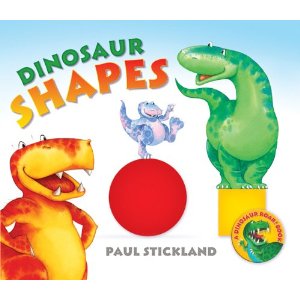 by Paul Stickland will delight you and your dinosaur fan. The book is geared towards toddlers and young preschoolers who are still mastering finding basic shapes.  A shape is displayed on one side of the page and then those silly dinosaurs are playing with it on the other. My son loves dinosaurs so even though he’s known these shapes for ages it’s an enjoyable book with fun text and adorable illustrations by Henrietta Stickland. 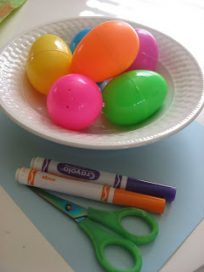 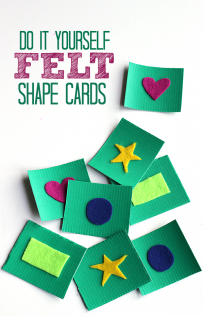 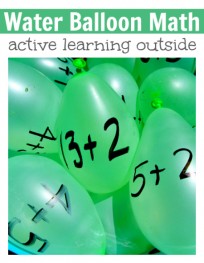