This game was a big hit with my 3 year old son. It evolved into so many things. I love activities like that. When your kids can take it in any direction they would like and they are still learning while playing, that is my kind of fun.

My neighbor sells jewelry in her spare time. She gives me the jewelry boxes after she hosts a party. Now if you do not have a neighbor that gives you jewelry boxes (which most of you don’t) you can always use different sized shoe boxes or even food storage containers from your kitchen. Anything that has a detachable lid.

Place your different size boxes out on the table. Put the lids near them, but make sure to not have them in the same positions as the boxes.

Have your child put the lids on the boxes. This is great for shape learning, deductive reasoning, and just plain out fun.

My son asked if we could put things inside the boxes. So I got items that were all different from each other. I grabbed a crayon, craft poms, a decorative marble, and a crumbled piece of paper.

I had him close his eyes while I put these items in different boxes. After he opened his eyes I asked him to figure out which item was in each box. I even drew a little sketch of the different items on a scratch piece of paper so he could remember what he trying to figure out. It worked great because he crossed through the items when he figured them out. It was fun to watch his techniques for figuring out which items were in which box. He would shake, he would tilt from side to side, and he would put one in each hand to compare the weight. I was really impressed. I told him to do whatever he needed to do to figure it out, but he couldn’t open the boxes.

After that fun, this turned into a building activity. The boxes were a city and the craft poms became tress and bushes, while the crayon was a man. I love a preschooler’s imagination!

Now don’t think this was just for preschoolers. My 21 month old got in on the action, too. She matched up the lids.

She shook the boxes to learn the difference between the sounds the different items made. I opened the boxes with her before and after she shook them. I had to be very careful about the poms and the marble. Those items required this activity to be a closely monitored one for her age.

Her learning also evolved. The boxes got stacked and made into a bed for her doll. Soon all of the boxes made there way into the backs of various dump trucks where they continued to be played with in many ways.

So start looking around your house for boxes and containers with lids. Watch and see where your kids take this activity. Then come back and let us know. I know I would love to read about it. 🙂

Kim is a contributing writer for No Time For Flash Cards, a mom to a toddler, a preschooler, and a foster parent, too. She juggles her day by trying out fun activities and crafts with the kids. After all, she is just a big kid herself. 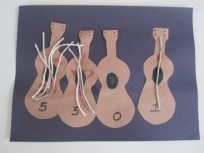 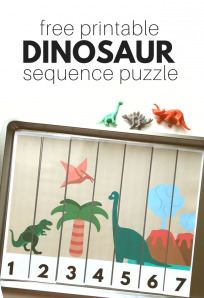