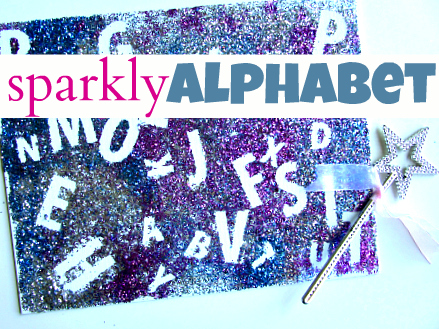 Sometimes I plan out crafts and they rock and I share every step with you all saying ” Do it just like this!” today’s sparkly alphabet craft will not be ones of those times. I did almost all of this the hardest way possible but since my daughter was engaged and having fun with the letters I didn’t bother to scrap it all and start again when I had the right tools. This is another post in our Alphabet For Starters series that is all about playing and being exposed to letters in a fun and pressure free way. My daughter may only be 2 but sometime in the last few weeks she has become obsessed with princesses, fairies, pink and purple. When I asked her what kind of letter activity she wanted to do she said “Princess sparkle!” well it sounded like ” Pinpess spakles” but I knew what she meant. So we made this , a huge mess and had lots of fun.

Books with a little sparkle 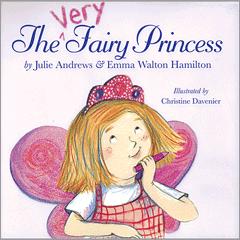 by Julie Andrews and Emma Walton Hamilton is a cute book about a little girl who loves all things princess related. What I like about this book is that its message isn’t heavy handed and  it celebrates princesses while sneaking in some very positive messages too. In a world where many parents ( me included) have issues with this whole princess thing and struggle to find that balance this book has it. It tells you it’s ok to want to be a princess and to “let your sparkle out!” and talks about confidence in the process. I must admit though I am a total Julie Andrews fan and I am not sure I’d ever dislike anything I mean I mean Julie Andrews wrote. 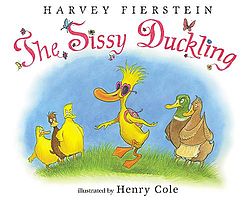 by Harvey Fierstein is a lovely book. As a mom to a son I worry about him getting teased when he is older if he isn’t into sports, or likes to bake cookies more than play video games. This book address that, in a cute but frank way. I especially love how the dad isn’t super happy that his son is into more traditionally girly things. I think that even though we hope that all parents would be immediately supportive the reality is, that parents are human too and acceptance can take time even when there is lots of love. 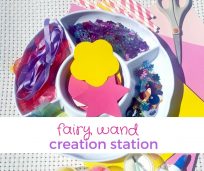 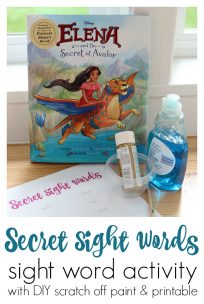 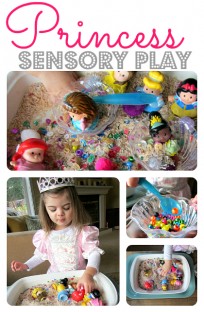