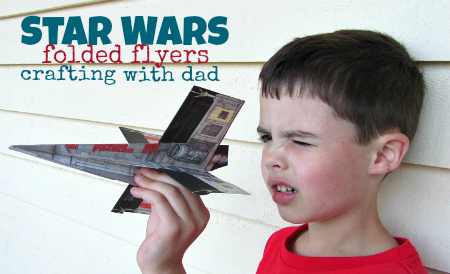 In our house many tasks are divided between my husband and I . Household chores are shared but when it comes to crafting with our kids that is almost completely my job. Years of practice with other people’s kids and a love of creating has placed my hat in that ring almost 100% of the time.  Here’s the thing though I want my son to see my husband create things too. With a long commute , limited time together during the week, and weekends that fill up faster than I ever imagined they would it’s a tough task.

I don’t want to direct what they do, I don’t want to control their time together or make it a chore because that negates my purpose of them spending time doing something they both enjoy. I boss them around too much as is .

This is where Klutz Books saves the day. Cue the super hero music because they deserve it.  Crafting is often seen as a girly thing and not only is that a total myth but we are short changing our boys by thinking that. Just look at my blog my son loved crafting as a toddler but to be honest in the last few years I have had a harder time creating crafts that speak to his interests. This Star Wars Folded Flyer book got an amazing reaction from my son when I showed it to him and suggested he and his dad check it out. 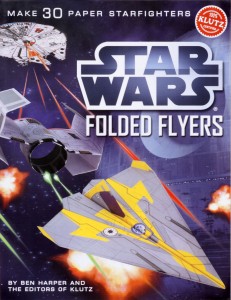 Something I wasn’t expecting from this Klutz Book was how much actual reading there was. My son is a great reader but he doesn’t always like to do it if mom tells him to. As soon as I told him he could grab the book he flipped through it read all the VERY tricky Star Wars vehicle names and chose which he’d like to make. 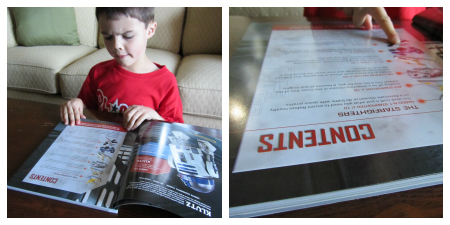 Then they got down to business and let them be.  Which is hard for me to do. I would hear my son get a little frustrated ( he is younger than the suggested age of 8) and I’d hear my husband say maybe not the ideal thing to get him back on track. But I let them be because every child / parent relationship is different and where I may be soft on some things my husband is harder and vice versa.

I did sneak by to see how it was going and take a picture on the sly…. 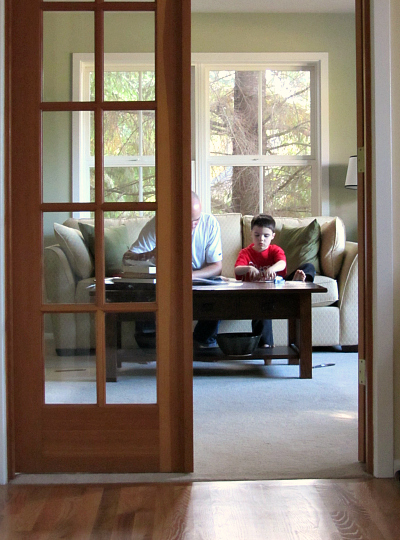 Here are some tips from my husband after they made the flyer. 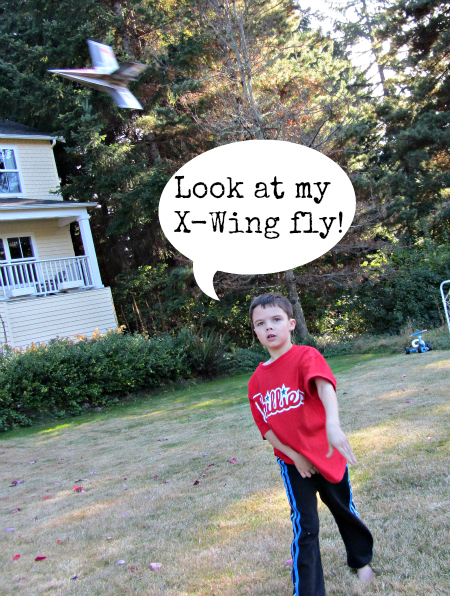 Crafting using all in one kits like this one from Klutz books isn’t just for parents unused to crafting with their kids , it’s also a great boost to your child who may have negative views about creating something. It’s an easy sell with their favorite characters attached to it. Best part is they are still working on their fine motor skills, they are still reading the instructions, they are still doing something constructive instead of vegging out in front of the TV and doing with a parent is still strengthening bonds . See why I said cue the super hero music? Wait it should be Star Wars music right?

Do you use craft kits? What do you love about them?

I am a Klutz  Crew brand ambassador and am compensated for my work with the company. All opinions are mine. As always I only work with companies professionally that I would recommend personally.
Like this post? Share it with a friend! 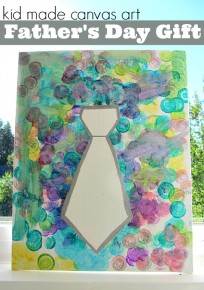 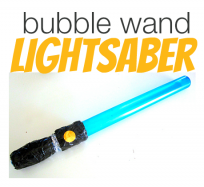