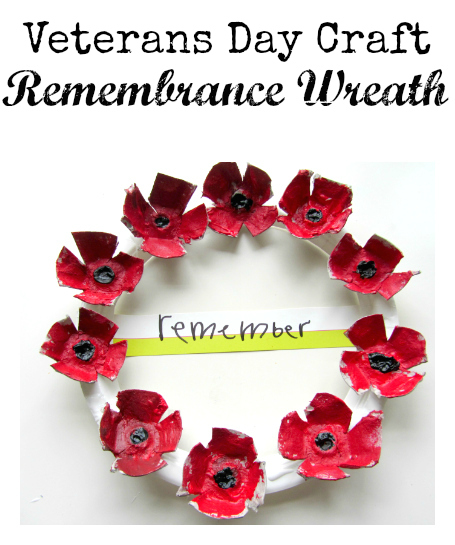 Veteran’s Day or Remembrance Day as it’s called in Canada is only a few days away. Over the weekend my kids created this craft together. I thought it was fitting to work on a project together since those we remember were anything but selfish. What I love about this day is that it offers us a chance to talk to our kids about the sacrifices and people instead of the politics of war. The poppy is a symbol used for Remembrance Day in Canada and other Commonwealth countries but is being seen more and more here in the United States so we decided to use it for this Veterans Day craft.  If you are looking for more patriotic American crafts I have lots of those here.  I like to teach my children about holidays with both the Canadian and American traditions and this craft goes perfectly with reading In Flander’s Fields a poem most every Canadian will know and I encourage all to read and share with your children who are of the age to understand it.

Gather your materials. You will need an egg carton, scissors, red and black paint ( we used acrylic so it would dry faster – but they are not washable so chose wisely! ), a paper plate, a sentence strip or other card stock, a stapler, a marker, some paint brushes, ribbon for hanging and lots of white glue. 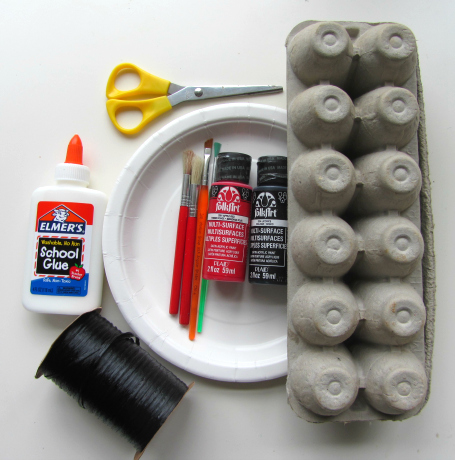 Start but cutting your egg carton into flowers. This is harder than it looks and took a few steps. First I cut the cups off the carton, then made four cuts and then trimmed the edges to make it more poppy like.

Gather your troops to paint! Red first then black. A few of the flowers didn’t get painted in that order but that’s OK. 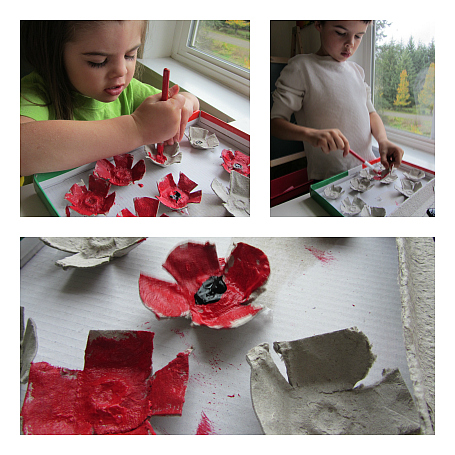 While my daughter did some painting my son wrote out remember on a sentence strip. Have extras on hand if you are using a permanent marker like he did. I didn’t correct his spelling but after he wrote it he knew it wasn’t right and we sounded it out together and he wanted to try again. 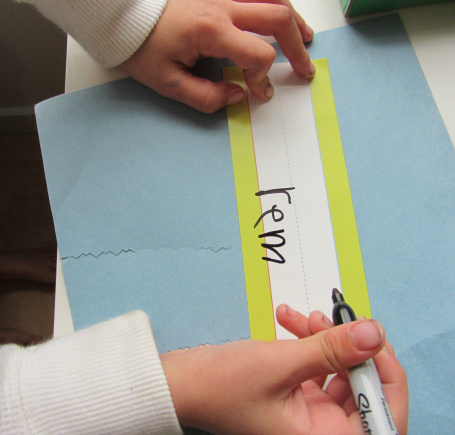 Cut the middle of the paper plate out . 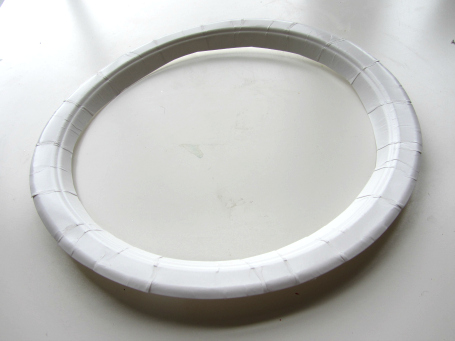 Staple the sentence strip on and trim the edges. 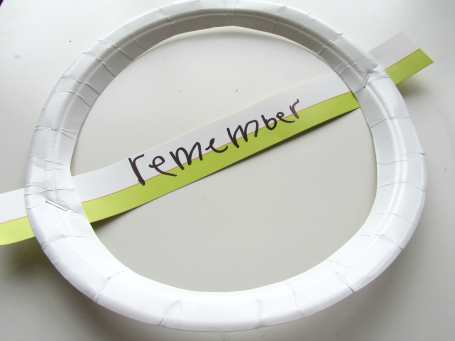 Let the poppies dry at least part way before adding glue to the paper plate and gluing them on. This took teamwork! 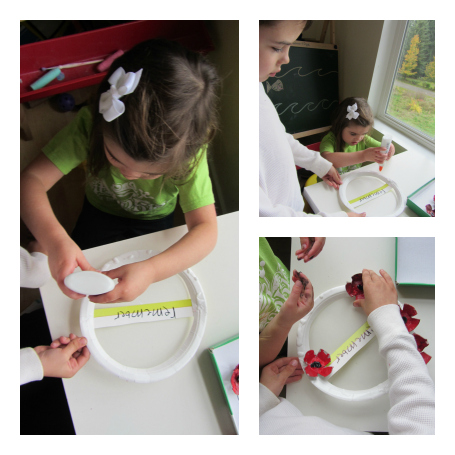 Let dry and hang up . 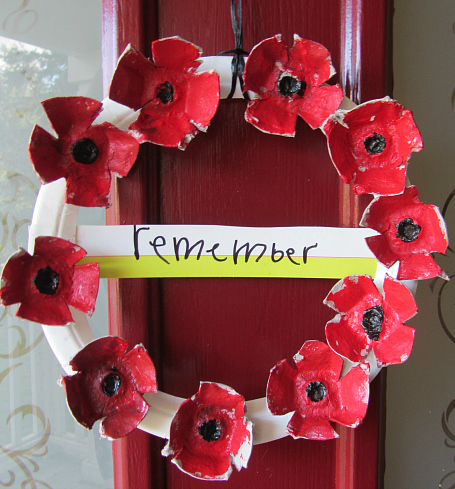 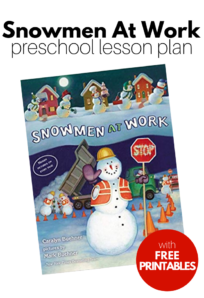 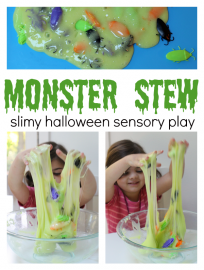 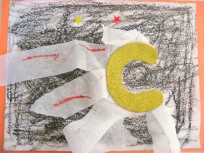