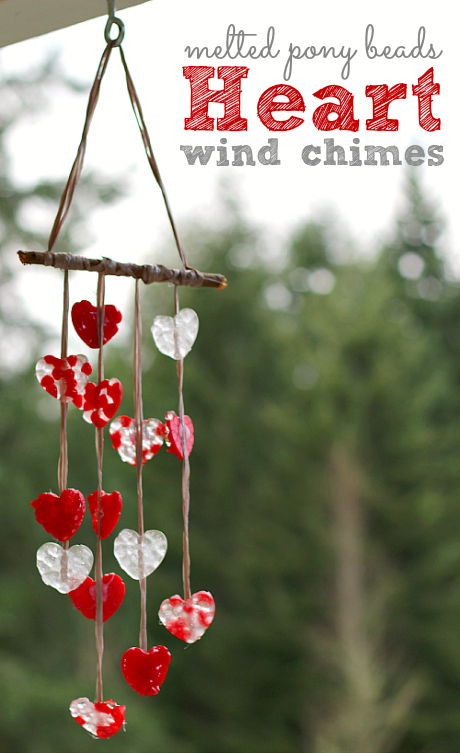 This is not a hands off kind of craft. My three year old did the first half with no help and I did the 2nd half of this melted bead craft all by myself. I have been wanting to try melting pony beads since I saw my friend Jean’s post on Artful Parent ages ago. My original idea was to make heart pendants for my daughter’s preschool class. That was a giant craft fail because of the way the beads melted. You could still try that but I didn’t want all these hearts to go to waste so we turned them into heart wind chimes for Valentine’s day.

Gather your materials. You will need plastic beads – we used red pony beads and clear tri-beads. A heart shaped silicone treat pan, ribbon or string, a hot glue gun, scissors, and a stick. 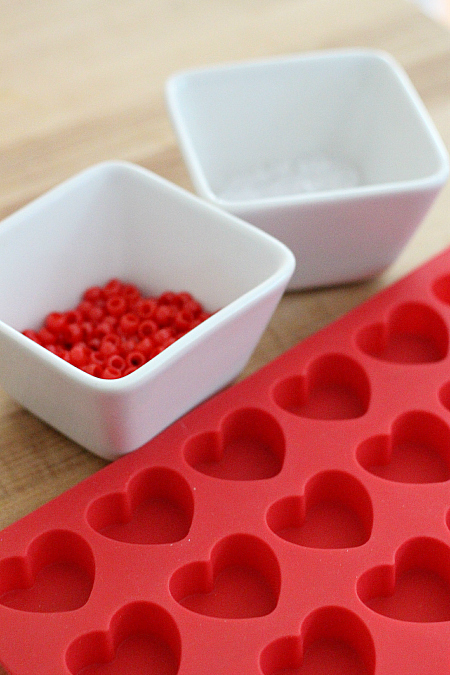 Start by filling your pan with beads. My daughter filled some with all clear, some all red and some a mix. 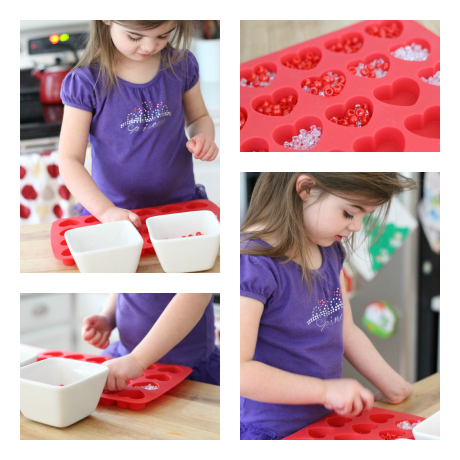 Filling the hearts was fun for her because she did it independently but she was also working on skills like visual perceptual and fine motor skills as she grabbed the beads and managed to fill but not overfill the cups. 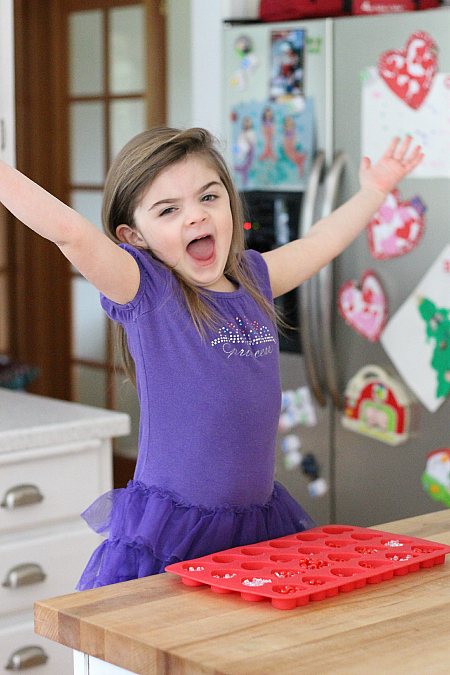 Once all the beads were in we were ready to melt, I followed Jean’s instructions for the melting the beads and popped the pan in the oven. She checked on it a few times. 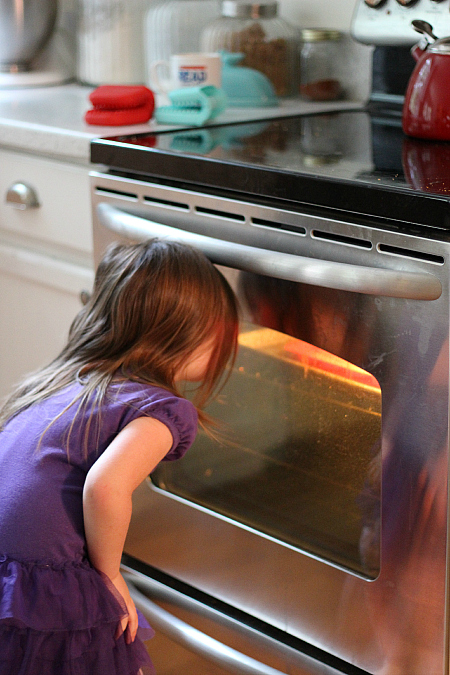 There were no fumes while melting but when I opened the oven door they were very strong. I was expecting this so I had my windows wide open and the fan on, still it was strong.  If you are sensitive to fumes you could try it on your grill or maybe try a different valentine’s craft. I don’t want anyone surprised by the fumes but do know that they were gone 20 minutes later when my son with the super nose came in and didn’t notice a thing.

When they cooled I popped them out of the pan and immediately noticed that the beads that were against the side melted in a sharp point. Not exactly kid safe for Valentine’s day favors for a bunch of three year old children. 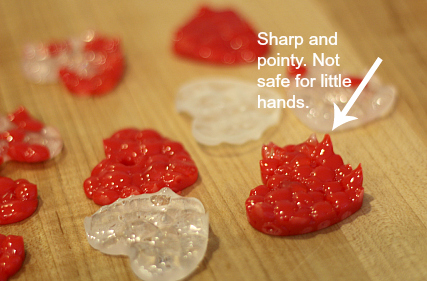 I had the hearts in my hand and noticed they made a cool clinking sound and decided that was it, these could make great wind chimes! I grabbed my glue gun, some ribbon and a stick from my garden. 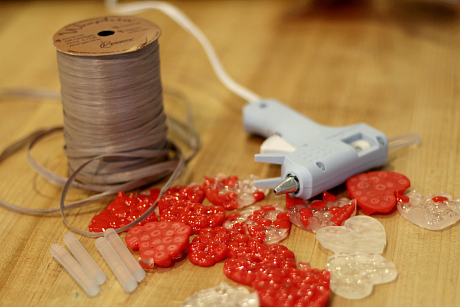 To make the chimes – glue the hearts on the ribbon. I tried to get them staggered on the different ribbons. I did 4 ribbons total with 3 or 4 hearts on them. 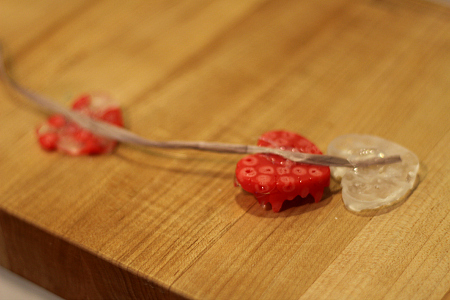 Next I wrap the ribbon ends around the stick gluing it down with hot glue. 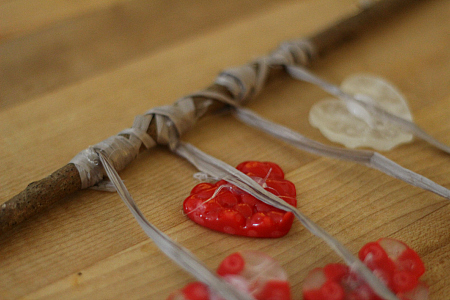 Finally tie on a final piece to each end of the stick to hang. 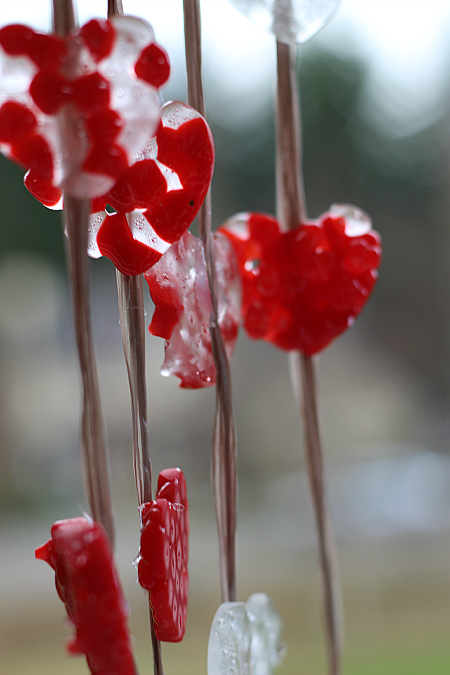 I love how they look and bring a little love to our front porch and my daughter loves checking on it when she can hear it clink in wind. 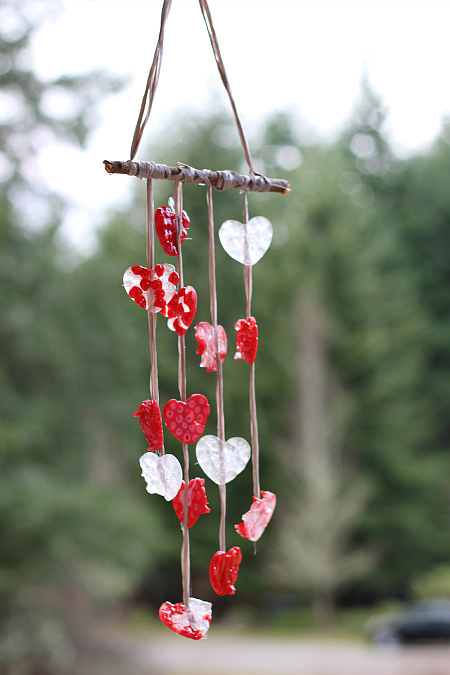 Have you ever had a craft fail turn out in the end? 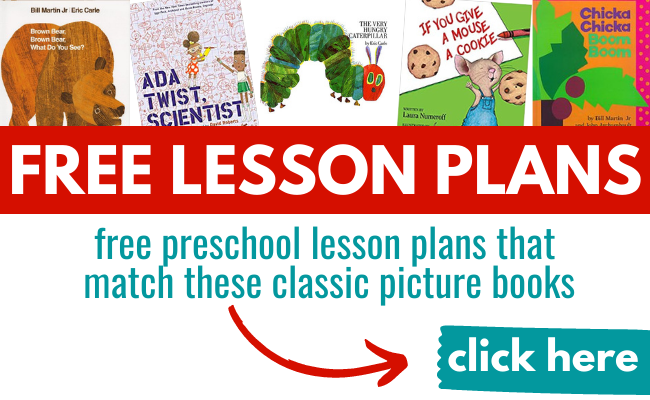 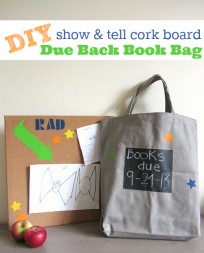 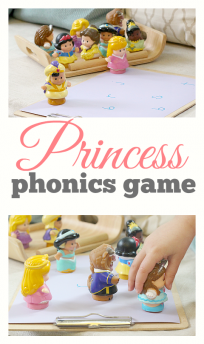