My son as been asking a lot about fractions lately. Since he hasn’t done a whole bunch about fractions in school yet, I wanted to keep it simple. The best part is that you can adjust this idea to your child’s specific learning goals. My goal with this simple fraction game was to have him think of fractions. I wanted him to think of the game pieces as thirds and quarters and what that means. That is why you only need 3 in a row to win if they are thirds but need four if they are quarters. Although we didn’t have other fractions included in the game pieces, we did talk about them. Next time we play, I plan to adjust the way we play to include a few 1/2, 2/3, and 3/4 pieces.

He beat me both times, fair and square but that’s just a side note. Here is how we made and played this fraction game.

Gather your materials. You will need a connect four game ( affiliate link), some masking tape or small labels, a marker, and a kid who wants to win at everything. 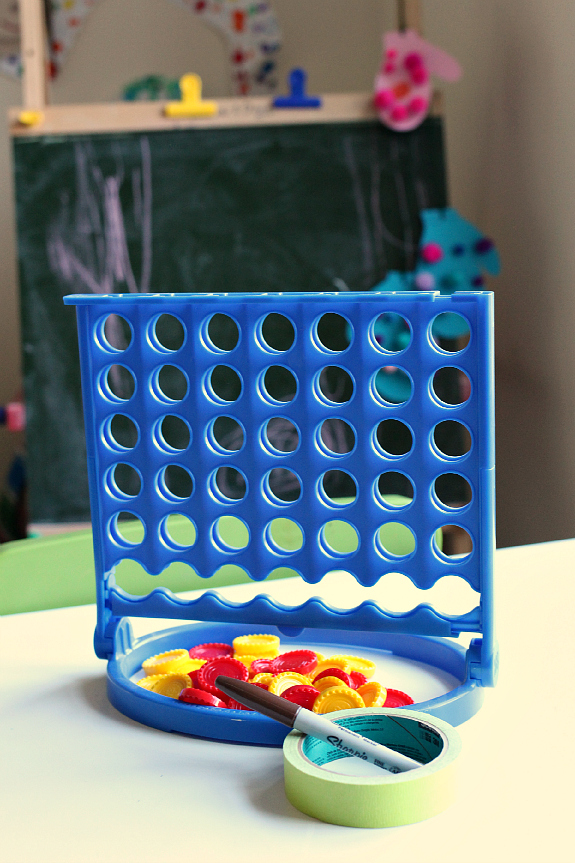 Cut small pieces of tape to fit on the inside of the tokens. Write 1/3 on half and 1/4 on the rest. Make sure it’s split evenly between the two colors. 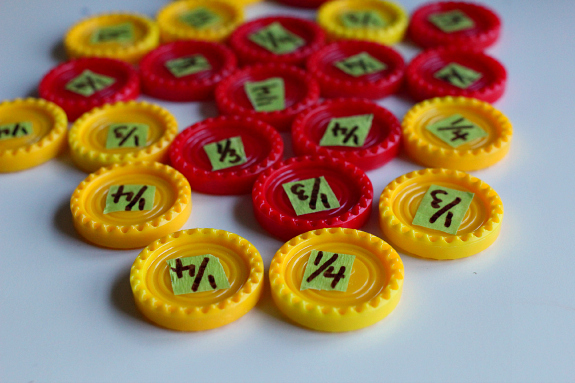 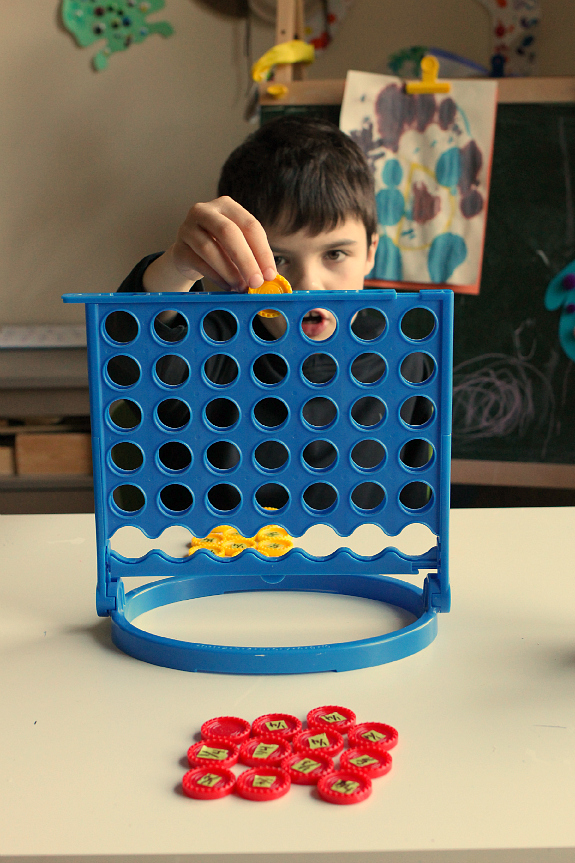 The goal of the game is to make a whole by lining up four quarters or 3 thirds of the same color in a row. 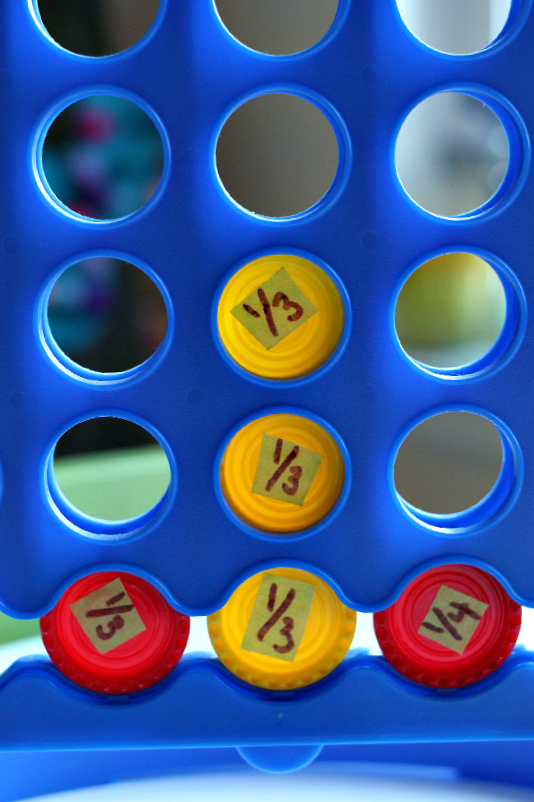 It takes some strategy … 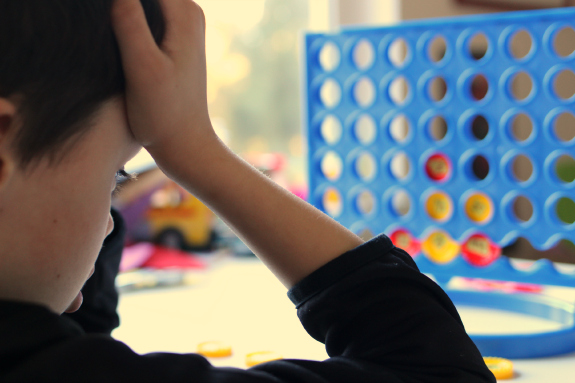 Then he won, again and again,  I wish I could say that I let him win, but Mama don’t play like that! 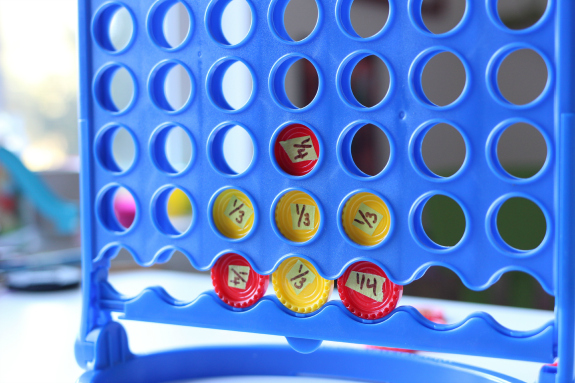 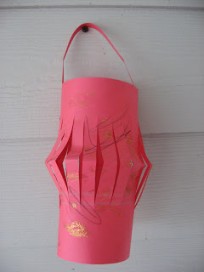 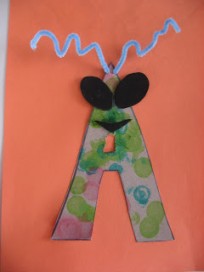 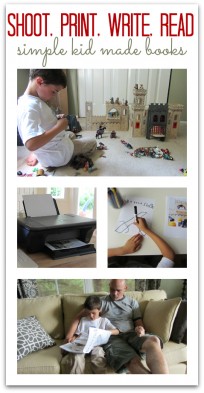