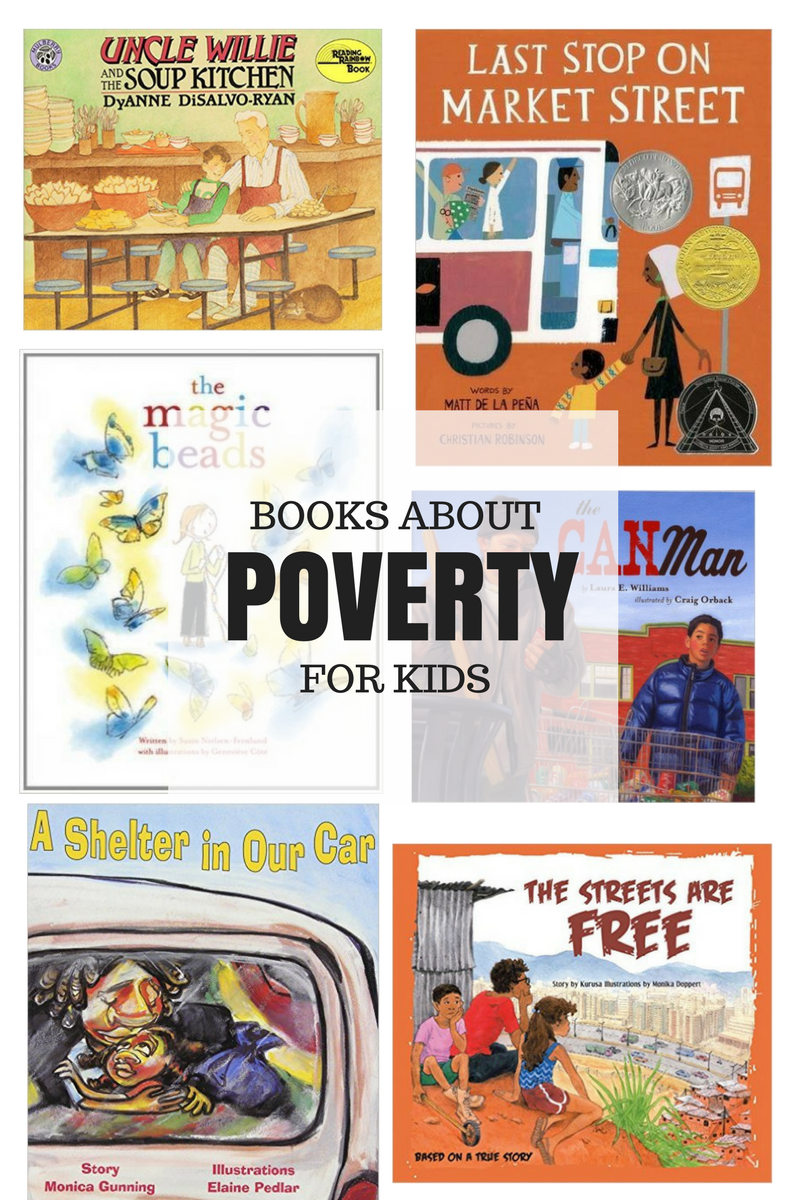 I had a hard time giving this book list a title because while some of these books are about families living in poverty, some are about children learning about poverty. All of these books add depth to your home or classroom library. They help children facing a financial crisis at home, homelessness, and hunger a chance to see that they are not invisible and that other children do face these challenges. For children who do not understand what it’s like to be hungry, to shift from shelter to shelter, or from one friend’s couch to another these books are a gentle eye-opener and opportunity for parents and teachers to start conversations. Books offer children and parents a safe space to learn more about topics that are sometimes sensitive and can produce a lot of questions. Here is a list of books that can spark these wonderful discussions.

There are two books I am hoping to add to this list very soon, but I have yet to get a chance to review them – Those Shoes by Maribeth Boelts and 1000 Dresses by Eleanor Estes are both highly regarded books with this theme. 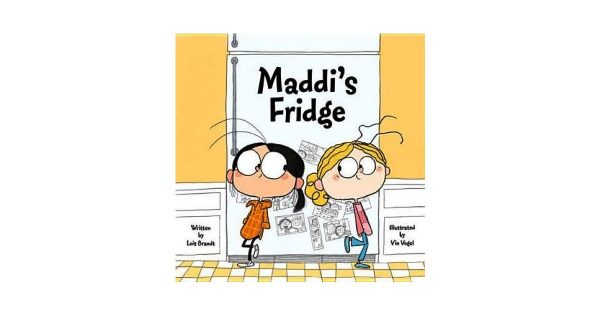 Maddi’s Fridge by Lois Brandt is a sensitive look at hunger and friendship. Sofia goes to grab a snack at Maddi’s house and sees that there is next to nothing in her fridge. Her friend admits that they often go without but asks Sofia to keep it between them. At first, Sofia tries to bring her friend food from her house but after some disastrous ( and funny) results soon realizes that she can’t keep this secret and asks her mom to help. There are so many lessons in this book; how people don’t like asking for help, when and when not to keep a secret and of course that friendship sometimes means you break promises. 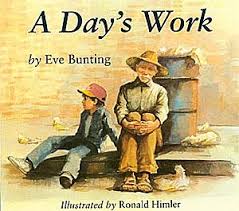 A Day’s Work by Eve Bunting is the story of hard work and integrity. A little boy acts as the interpreter for his grandfather who speaks no English and as he does he lies to get the much needed day labor job. When the work they do is totally wrong, the grandfather insists that they fix the job before being given any money. This book is a conversation starter about so many issues, why there are day laborers, why some immigrants don’t speak English and most of all what it means to be a person of integrity. 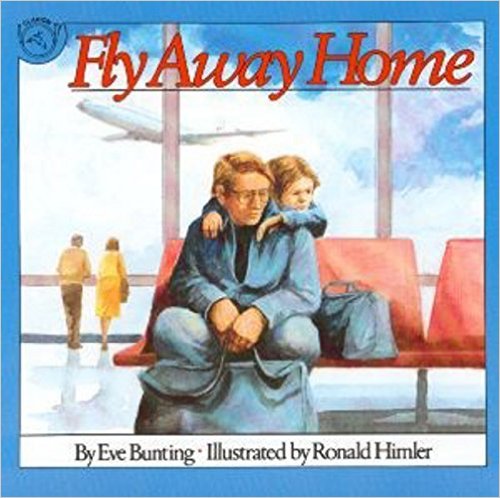 Fly Away Home by Eve Bunting is a moving story about homelessness and love between a father and son. They live in an airport ( Yes before the new security measures out in place in the US post 9/11) but still live in fear of being discovered and kicked out. The feeling that this book evokes in readers is the sense of desperation and anxiety that the father and son feel. They are safe at the airport and do not want to be caught and end up on the streets. There are multiple teachable moments in this book and I would suggest tat this is not a preschool book at all, save it for middle elementary age kids who can get into great discussions about how different people can and can’t trust security guards, about why people become homeless and how the young boy feels like he is trapped but also scared of being thrown out of the airport. 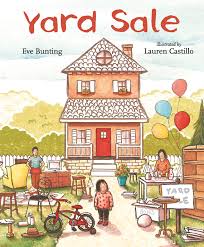 Yard Sale by Eve Bunting has been given the title of the book that makes me cry more than any other book ever. I have only read it to my own children who are used to me crying while reading children’s books, especially Eve Bunting books, but if you are going to read this to a class ( K and up) I would pre-read it a few times in case you are a blubbering mess like I am every single time I read it. The story is about a family having a yard sale because they are moving from their house to a small apartment after a job loss. What gets my tears flowing is how well the author captures how this affects young kids. The little girl must say goodbye to so much and has no control over the situation. The illustrations by Lauren Castillo help readers make a strong emotional connection to this common but not commonly told story. 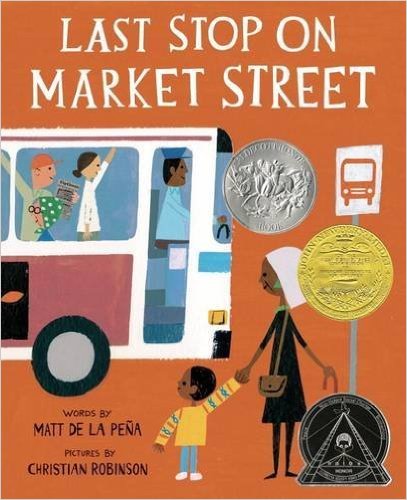 Last Stop On Market Street by Matt de la Pena is an award winning book that I bought months ago I loved it so much. The story is about a little boy and his Nana taking a bus ride after church along Market Street. He asks her why they don’t have a car, why he doesn’t have an iPod and why they have to go to where they are going after church. Her answers are never straight forward but instead each time suggest that he should be grateful for what he has instead of focusing on what others have. Along the way we see all kinds of people, my favorite is the man on the bus covered in tattoos and the end they serve meals at a soup kitchen.  There has been some push back against what some people perceive as “poor grammar” used by the little boy and his Nana, I urge you to consider that this is how some people speak and to remember that African American Vernacular English is a dialect and is becoming more and more popularly accepted as such. This book is incredibly inclusive, and I urge you to find a copy to buy. 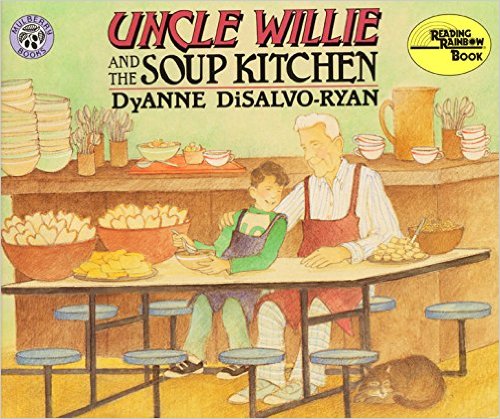 Uncle Willie and the Soup Kitchen by Dyanne Disalvo-Ryan is the story of a boy and his uncle who works at a soup kitchen. The boy is a little nervous, but Uncle Willie is warm and treats everyone with respect and compassion. The message I think is the most important take away isn’t that it’s nice to serve the poor it’s that each person who walks through te door is Uncle Willie’s guest and he treats them as such. This helps children focus on everyone’s humanity and worth and how it is not connected to their wealth or need for help. 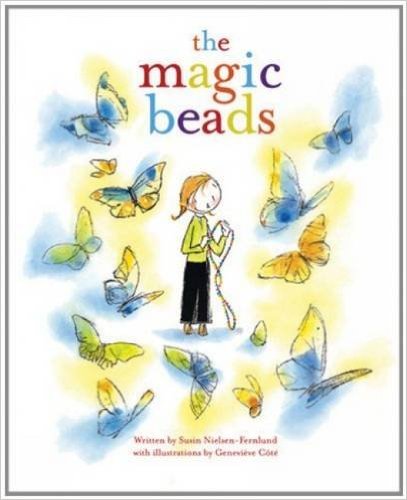 The Magic Beads  by Susin Nielsen-Fernlund is a touching story about a little girl who has to bring something for show and tell but doesn’t have much to bring. She’s just fled to a shelter with her mother who left her abusive father and doesn’t have a lot of possessions with her. Her mom is saving everything she earns to move out of the shelter and can’t get her anything new just for show and tell. I won’t ruin the story but as the title suggests it ends happily proving you don’t need the best, newest, coolest thing for show and tell. 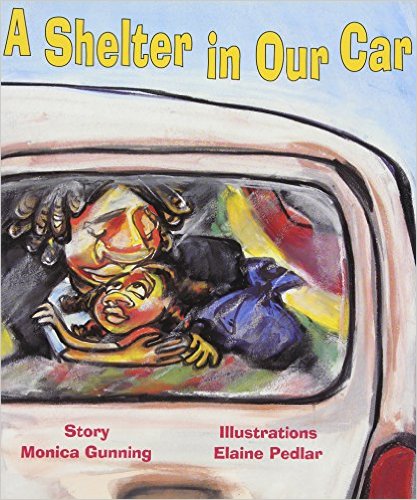 A Shelter In Our Car by Monica Gunning tells the story of a little girl who has left Jamaica with her mom in hopes of a new life after her father dies. The new life isn’t as they had hoped. Instead, they are homeless and living in their car, cleaning themselves in public restrooms, and struggling. The mother is determined to make their hopes come true. The book ends on a hopeful note showing readers that homelessness is not a life sentence and with help from others as well as determination there is hope. 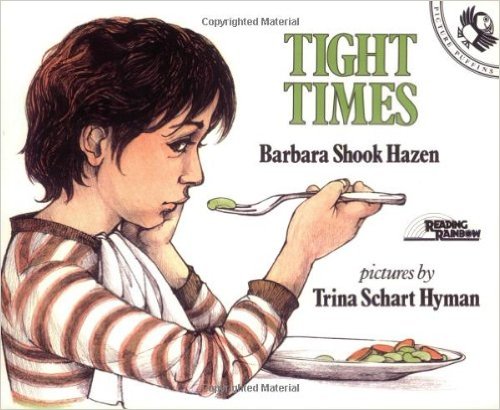 Tight Times by Barbara Shook Hazen is a great look at how even when families hit hard times leaning on each other and that being together makes all the difference. The little boy wants a dog and keeps getting told that he can’t because they can’t afford one. Then one day his dad looses his job, and he finds a stray kitten. Will he get to keep it? You will have to read it to see. What I think I love so much about this book is that it shows that you can have a roof over your heads and a loving family and still face job loss and financial stress. As a teacher, I am not always privy to job loss, financial stress, etc… which makes having books like this so important. 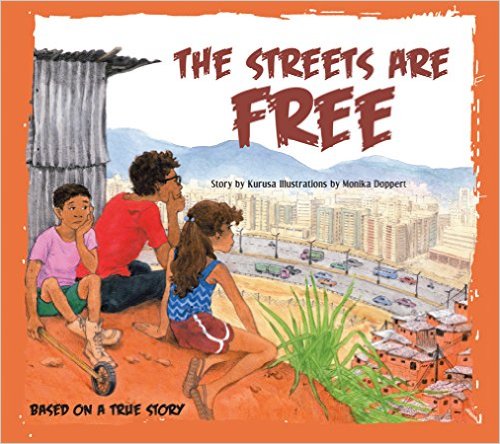 The Streets Are Free by Kurusa is a wonderful story about the power children have to make change, but it is also a great snapshot of what life is like for children living in barrios of big cities in countries like Venezuela and Brazil. I know when my children and I, watched the opening ceremonies of the Olympics this past summer they had a lot of questions about the barrios that the commentators spoke about and it was hard to find kid friendly information about these neighborhoods and what used to be called slums. In this story, the children have no place to play in their barrio and are not happy or feel safe playing in the streets. They take their needs to city hall and become activists in the process. 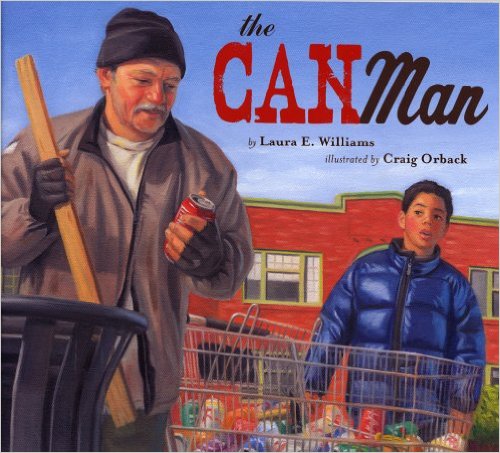 The Can Man by Laura E. Williams is such a useful book because it handles the issue of homelessness in a very matter of fact way without any saccharine or emotional overtone. The Can Man used to have a home, in fact, it was in the main character’s Tim’s building, but he lost his job and never got back on his feet. Now homeless he collects cans to return for the five cent deposit as his only means of support. Tim may not be homeless but his parents aren’t able to provide for all his wants like a new skateboard, so he needs to earn money himself. He decides to follow The Can Man’s business model and in the process earns enough money but not without consequences. The Can Man’s usual haul is depleted because Tim stepped in to collect the cans he normally does when Tim sees this, he must decide are his wants more important than The Can Man’s needs? 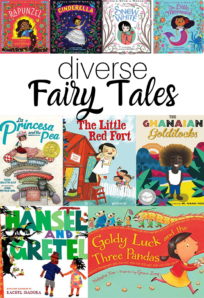 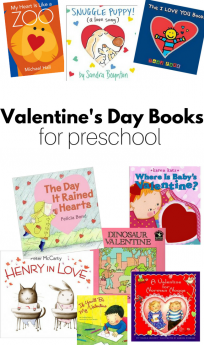