Thank you to LeapFrog for sponsoring this review.  For more information about LeapFrog Tag Get Ready for Kindergarten, please visit their website #LFTouchMagic #spon 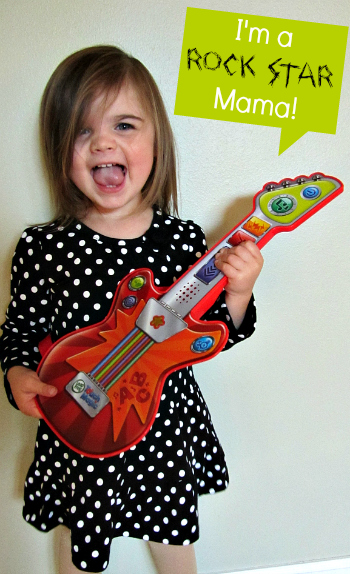 ” I a rock star Mama!” Since taking LeapFrog’s Touch Magic Rockin’ Guitar out of it’s packaging I have heard my daughter say ” I a rock star Mama!” countless times.  I love that. Right now she is so infatuated with princesses that it’s been a total relief to see her pretend to be something that doesn’t include being saved by some dude on a horse.

The fact that pretending to be a rock star seems to empower my daughter is only one thing I like about this toy. This guitar is very lightweight which is great because previous play guitars we have had ( and we have had many!) have been heavy and not only hard to handle but also worried me when my kids would put the strap on wrong and it would hang from their necks. The strap on this is easy to pop on and off and it’s so lightweight I don’t have to worry. My favorite feature though is that as children strum along the tempo changes. This fascinates my daughter and has extended into other parts of her development. We have started walking fast then slow, singing fast then slow and even trying to get dressed fast and slow. Toys especially ones with batteries can get bad raps sometimes and it’s unfair because they can teach and launch so much learning . 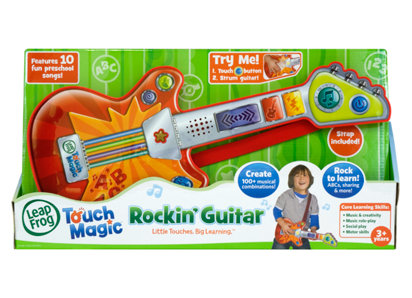 I won’t lie my other favorite feature is it’s 2 volume levels. I have been known to cover the speaker holes on toys with duct tape because they are simply too loud. This is not a concern with this toy on either volume choice which is great since ours is played with a lot.

Pretend play is such an important part of young children’s development to work through fears , test out boundaries and  build confidence like my daughter does as she demands applause after each song she plays. One thing we do to encourage pretend play is to take short videos. Both my kids have my performer gene and love to star in and watch their own videos. All the far away grandparents love them too.  LeapFrog has a great  Touch Magic contest running and if your little one loves to rock out on their Touch Magic Rockin’ Guitar or any other play guitar you have got to enter for a chance to win a $500 LeapFrog gift card. You could get a lot of great educational toys with that!

I was selected for this opportunity as a compensated member of Clever Girls Collective and received free product from LeapFrog to review. The content and opinions expressed here are all my own.  #LFTouchMagic #spon
Like this post? Share it with a friend! 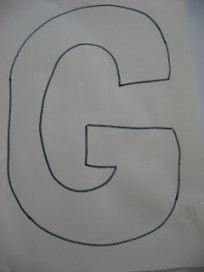 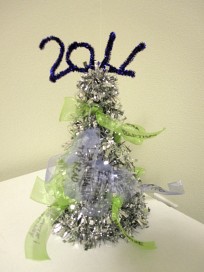