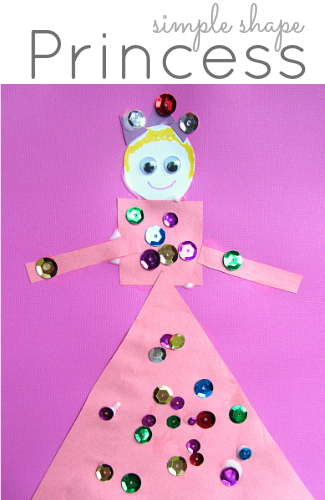 After the holidays we packed up the kids and went to Disneyland. We had a ball and my already into princesses daughter is now officially obsessed. When I asked her what sort of craft she wanted to make she said “Princess!” so I grabbed a few simple materials and decided to focus the craft on shapes since we’ve been talking a lot about them lately. 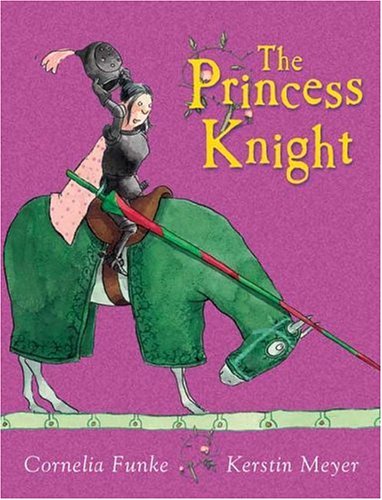 by Cornelia Funke is a tale about a princess named Violet who was raised with her 3 older brothers  by her father after her mother dies in childbirth. Her brothers are trained to be knights and she to learns to joust , ride horses and sword fighting.  Her brothers ( like most) tease her and tell her that she’ll never be as strong and it’s a maid who tells her that she won’t be as strong but she can be smarter. That message stood way out for me and is why I think this is such a great book. When her father sets up a tournament for Violet’s hand in marriage she takes things into her own hands. She shows everyone how she is smarter than all the other knights and with hard work trains to  win her own hand in marriage . I love this book not only as a great empowering one for girls but also to show boys that girls don”™t have to fit a specific mold either. 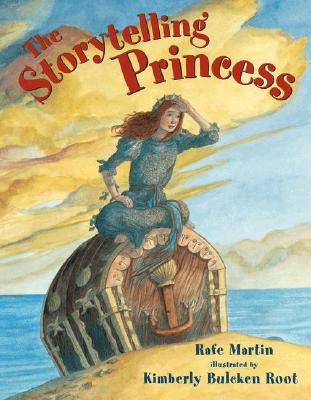 by Rafe Martin is a cute story about an independent princess who saves herself after a shipwreck and even though she ends up with the prince her parents had arranged for her to marry she does it on her own terms. Her bibliophile  prince isn’t interested in an arranged marriage either and ends up agreeing to marry if his father can find someone to tell him a story  that he doesn’t know the ending to. The princess saves herself from the sea and dressed as a sailor she ends up vying for the King’s prize by telling the prince her own story. After she reveals herself and in the end the betrothed fall in love . I love that we don’t lose the happily ever after but that the prince and princess are unique and strong .

by Robert Munsch has enchanted me for years. I bought it while volunteering as a leader in training at a day camp when I was a teen. It’s followed me to many schools, children I babysat and finally my own son. I can’t remember one child ever not liking it. It’s a story of Elizabeth a princess who outwits a dragon to rescue her prince. I love that the author has switched the typical damsel in distress and has the princess as the heroine. Some parents have expressed concern about Elizabeth calling the prince a “Bum” in the end of the book, personally I love it. I have always used it to explain why she was so angry, and as a reminder why calling names hurt. That said I think she is totally justified ! 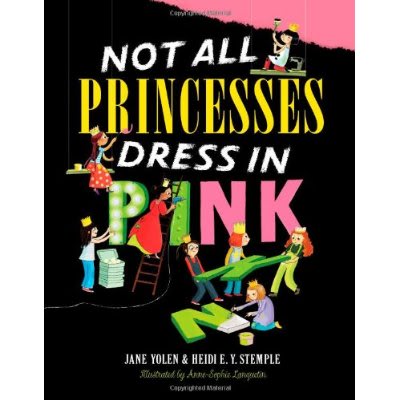 Not All Princesses Dress in Pink

by Jane Yolen .This book is not so much about being different and facing adversity but about being yourself even if the world has decided you should fit perfectly into the mold it’s given you.  When we think of Princesses we think pink, sparkly and dry clean only! These princesses can’t be pigeonholed, they do what’s in their heart not what’s expected of them just because they are princesses. The princesses have all different interests, all different looks and I love that there are some with glasses too. Strong girls being themselves isn’t too different but for a book about princesses it is and it’s refreshing to read. 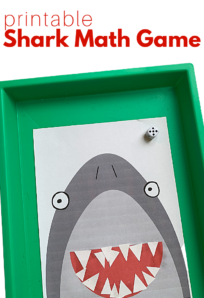 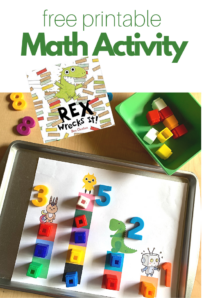 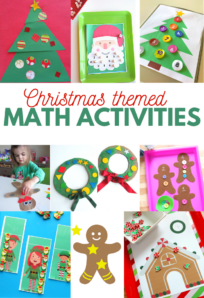