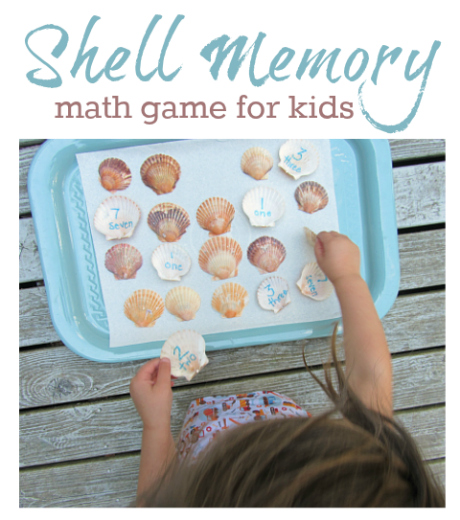 We live on an island and while we don’t get to walk on sandy beaches ( ours are more like barnacle beaches ) we do have lots of shells and the summer is often filled with discovering them along the shore. This math game taps into that experience while also working on memory and number recognition.  Using math games to teach is a great way for parents to connect to what kids are learning and become participants not just observers. This math game was a snap to put together with shells from the craft store. I caution you to check all the shells in a package for sharp edges before letting your kids play with them, some of ours were broken and really sharp.

After we played a few rounds my daughter discovered that if she shook the tray gently that they shells made a really pretty tinkling sound.

Need some books to go along with this beach themed activity? Click here to see the reviews for the books below. 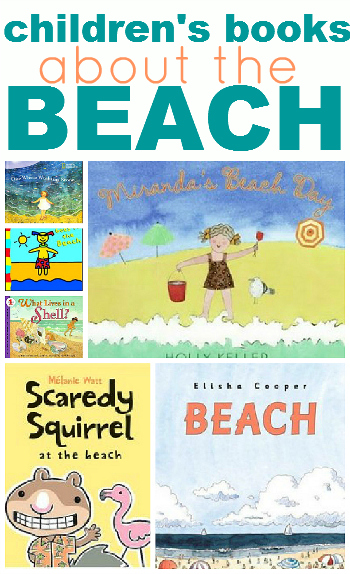 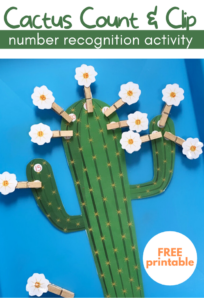 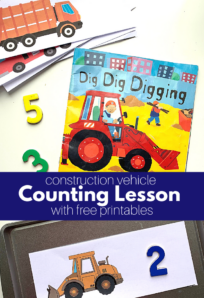 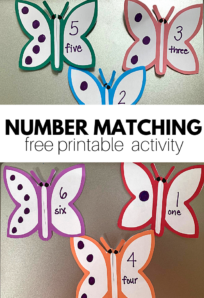 Next Post: Simple Ways To Get Your Child Ready For School
Previous Post: Paper Bag Jellyfish Craft (and color mixing too)