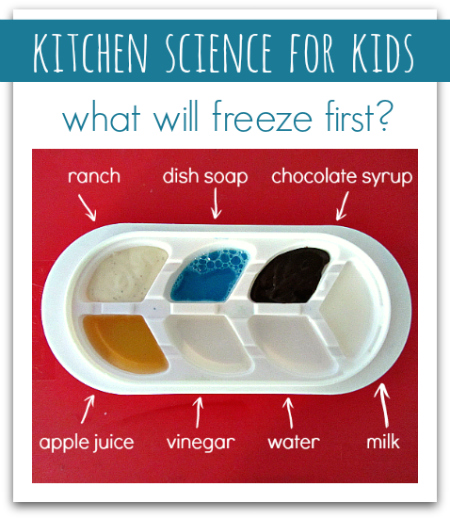 When it comes to science I usually let my kids lead with questions and suggest we investigate from there. One morning last week my son didn’t finish his milk and I asked him to please pop it in the fridge so he could have it with his lunch. Instead he asked if he could put it in the freezer to see what would happen. Of course I was game. After he put it in the freezer I asked him what he thought would happen. At 6 it was no shock that he thought it would freeze, so I asked him how long he thought it would take. That sparked this simple kitchen science experiment we did a few days later. My kids love kitchen science for kids and I love doing it with them. Fun together time with science!

Our question was:  Which kitchen liquid would be the first to freeze ?

The best part about simple kitchen science for kids is that it lets your children see that science is everywhere. It’s in their kitchen and is accessible to all.

Tomorrow we are talking about how teach the scientific method to young kids with Jillian from A Mom With A Lesson Plan! 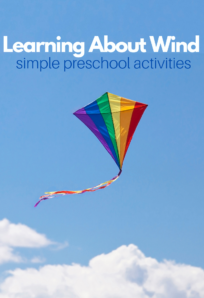 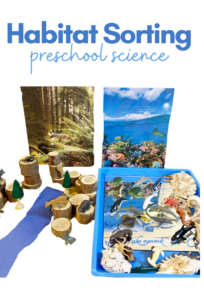 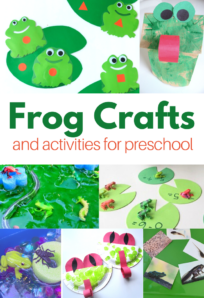