If children do not know about the struggles history can teach them, then they won’t appreciate the rights and freedoms they have, or realize how fragile they may be. History doesn’t need to hide away until middle school you can teach it to much younger children and one of my favorite ways to do so is with picture books. Women’s history is a one of my greatest passions and sharing the lives and true stories of strong, amazing, brave women with my children is essential. Both young girls and young boys must hear these stories and dive into the lives of these remarkable women who changed the world. All our book lists contain affiliate links. 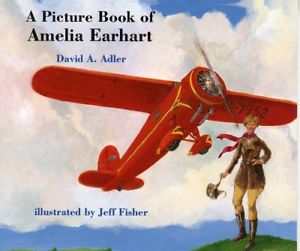 by David A. Adler had both my 7 year old and I totally enthralled. This book does a great job at painting the picture of early 20th century North America and how women were treated. Amelia’s whole life is covered and the book even touches on the conspiracy theories about her death. I loved how much of Amelia’s independent spirit came through in the quotes that the author shared. My absolute favorite tidbit about Ms. Earhart is actually in the author’s note and is about her mother. Did you know her mother was the first woman to summit Pike’s Peak ? That fact opened up a huge conversation with my son about parental role models. 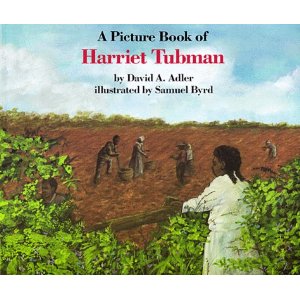 by David A. Adler. Often when I am reviewing a book with my kids I will jot down notes. This book had only one note. ” Amazing!!!” I have always known the bare facts about Harriet Tubman and her involvement in The Underground Railroad but I loved being able to learn more at the same time as my son. Our eyes both got wide as we read her incredible story of strength and leadership. My son loved this book as well and I appreciate how the author gives details without getting lost in them.  My son told me “She was crazy brave !” and I agree. This is a wonderful book about a real American hero. 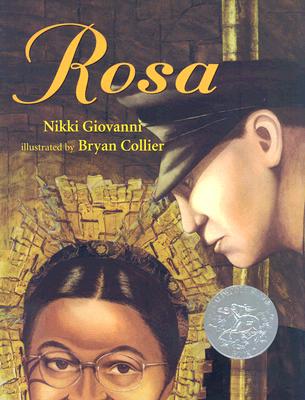 Rosa by Nikki Giovanni is not so much a biography, but it is most definitely a historical account of one woman who changed a nation.  We all know the story of Rosa Parks but no matter how well you know the facts, reading a children’s book about it makes me cry. The author has done a fantastic job setting the stage, explaining how Rosa Parks was not your typical heroine, she was just a seamstress, just like everyone else.  This is imperative to the message that a single person can stand up for what is right and  make big changes. I also appreciated that the author included so much about the women who spearheaded the bus boycott. I am 36  and I feel inspired reading this as a woman, to think of the power it can have over the younger generation excites me. This would be a wonderful introduction to learning about the civil rights movement for kids 5-10. 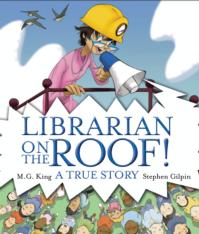 Librarian on the Roof!

by M.G. King made me cry. The true story is about a librarian who did what she needed to do to raise enough money to make a functional children’s section in the oldest library in Texas. What she did was stay on the roof of that library for a week, and it worked. I loved the message that libraries are vital, that books open doors, and that providing access to information to those who can’t afford to get it on their own is a worthwhile cause. This book made me want to cheer, it had me spouting off lessons left and right to my kids, and it absolutely captivated all three of us. Go read this book and learn more about RoseAleta Laurell the real librarian on the roof. Maybe she hasn’t changed history the way that some of these other women did but she is such a hero and put books in children’s hands and that will change history, I am certain. 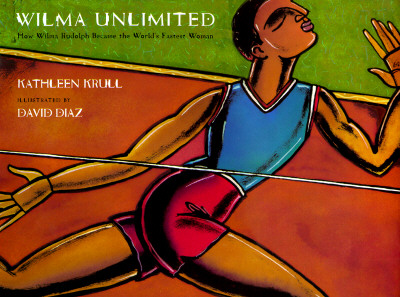 by Kathryn Krull  Do you know who Wilma Rudolph was? She was the African-American Olympian who became the first American woman ever to win three gold medals at one Olympic Games. But her story is even more amazing than that. She also suffered from Polio as a child and was told she’d never run. Her determination stands out and inspires. I have mentioned many times how my grandmother was an Olympic medalist so this story hits a personal chord for me. I am awed and amazed by how far women have come from their first Olympic games in 1928. 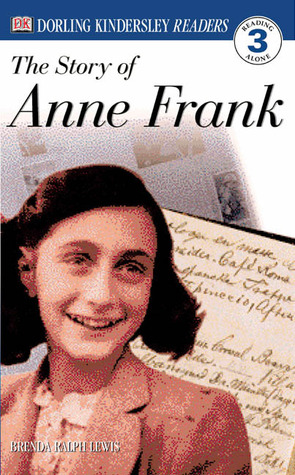 The Story of Anne Frank by Brenda Ralph Lewis impressed me. I struggle with how to tell such a horrifying story to young children. I should explain that this book is not geared for preschoolers, it’s a school-age book, but still, it’s a daunting task.  This book helps break down the facts while including details about this young girl’s personal and family life.   This balance of historical facts and Anne’s family life is the key to why this book works. There is so much horror to digest that the little details like how Anne was a bit of a troublemaker and talked too much in class helps to tune the reader back into the very personal story.  I think this is a fantastic precursor to reading Anne Frank: The Diary Of A Young Girl, it will give all the needed background for your older child to fully comprehend and appreciate the diary itself. 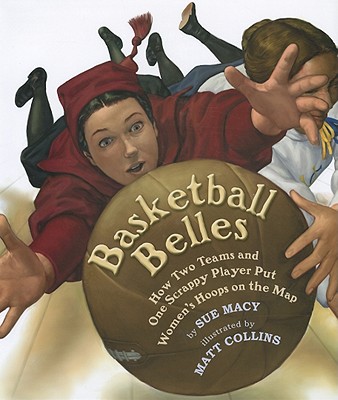 Basketball Belles: How Two Teams and One Scrappy Player Put Women’s Hoops on the Map

by Sue Macy is the story of the very first basketball game played by college women. The game took place in 1896 and while we shake our heads at what these athletes were wearing at the time it was shocking. I am not a basketball player but to imagine women not being able to play simply because they are women bothers me even if it doesn’t shock me. Books like this that include activities that my own children do are important to share, it’s important to show them how many things women had to fight to do. 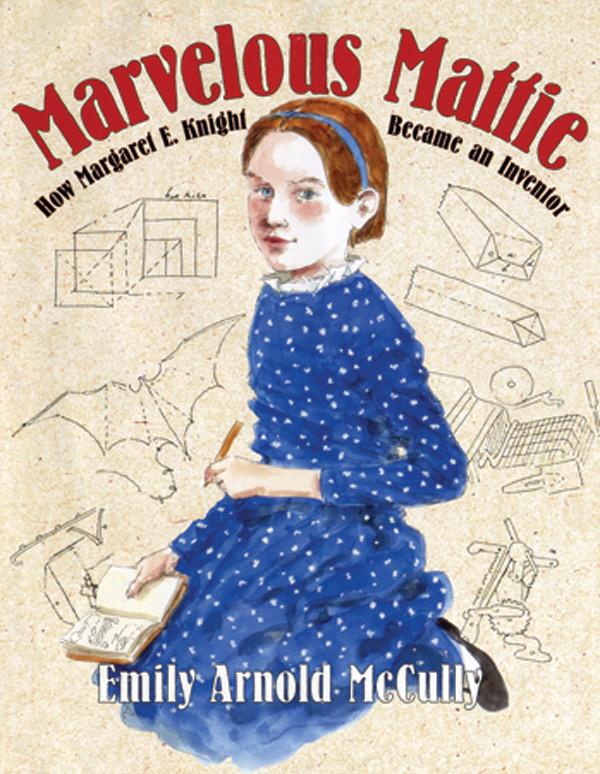 by Emily Arnold McCully is a book that all little girls should read. I think I may buy 20 copies and give them to every girl that invites either one of my kids to their birthday parties.  The reason I think this book is so wonderful isn’t that it’s about some woman that is on a coin (no disrespect Susan) but because I had never heard of Mattie but I should have, we all should have. Many of her inventions are still in use today… like the paper bag that stays upright. She made history many of us just didn’t know it. Her story of invention, entrepreneurship, and strength of character are stunning. She stands up for herself, learns from her mistakes, and follows her passion even though it’s not the easy or even the “only kinda hard” road. All the way she faces challenges and just keeps going. This is far more inspiring than any girl power book that I have read before, and it’s true. 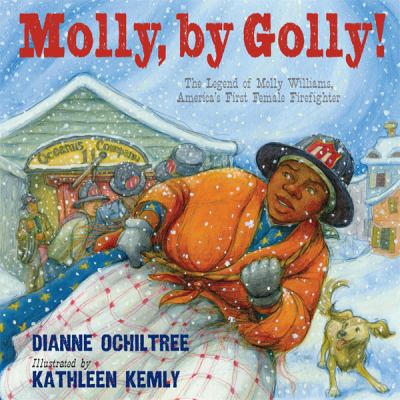 by Dianne Ochilltree is a story I had never heard before we found this book at the library but am so glad I know it now. Molly was an African American cook who provided meals for the firefighters in a town in New York. When a fire broke out and most of the firefighters were ill she put on the gear and stood side by side with the men to help fight the fire. She is the first known female firefighter. What I love about this story is that Molly didn’t grab the gear and start fighting because she wanted to be the first, she did it because there was a need and she was capable of helping. Being the first woman to be a firefighter was brave and Molly kept volunteering with the department for years after the first fire. 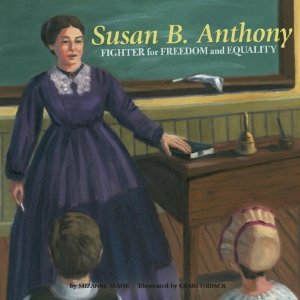 by Suzanne Slade is a great introduction to Susan B. Anthony and why she is so much more than just a lady on coins. Although we often think of her as a suffragette she was also a champion of human rights and abolitionist. She fought for women’s right to vote to know that she herself would never get the right. This book explains all that in terms kids can understand and relate to. 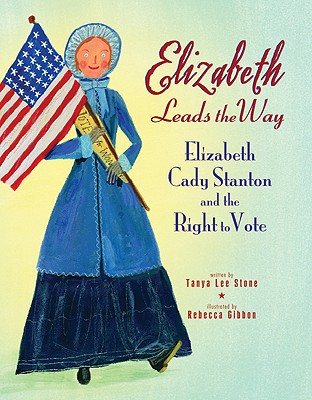 Elizabeth Leads the Way: Elizabeth Cady Stanton and the Right to Vote

by Tanya Lee Stone made me teary-eyed.  If you aren’t familiar with Elizabeth Cady Staton grab this book because not only will it catch you up on the life of this women’s rights activist, it will also let you feel her sense of justice and determination. I wrote down the quote ” …wasn’t interested in easy.”  which was in reference to her father saying she should have been born a boy so she would fit in better,  but is a great quote for anything and anyone. 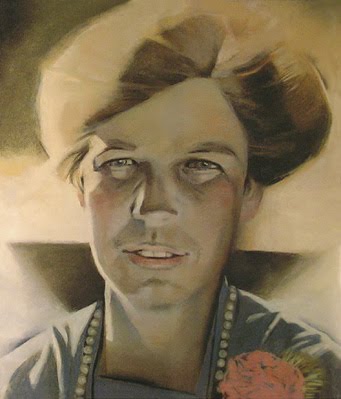 Eleanor: Quiet No More by Doreen Rappaport is an inspiring look at Elanor Roosevelt’s life and legacy. Readers learn about Eleanor’s childhood, being orphaned and sent away to school in England where she experienced independence for the first time. It covers her romance and marriage with FDR in a sweet, loving way that won’t make your child cringe about “mushy” things but they will understand that there were real life and partnership. There is ample information about her work over the years as a politician’s wife as well as the First Lady.  My favorite part of the book was all the fantastic quotes woven into the biography, it connects the reader to her and not just her story. 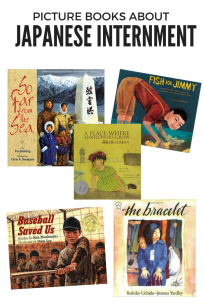 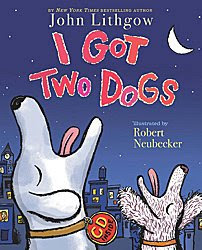