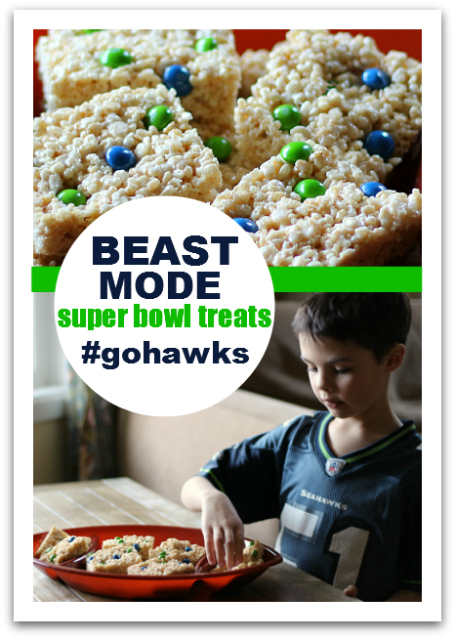 Go Hawks !!  We live just outside of Seattle and my son is a huge Seahawks fan. Even I was on the edge of my seat last week when they won against their rivals the San Francisco 49ers. If I am into a game it’s a big deal.  I asked my son if he wanted to do a Super Bowl activity for the blog with a Seahawks theme and the immediately said he wanted to do something that celebrates one of his favorite players Marshawn Lynch.  Beast Mode is a nickname and the skittles in marshmallow squares are not only in Seahawks colors but are also a shout out to Marshawn Lynch who has had a long history of gobbling skittles or “power pellets ” as his mom called them when he was younger. You can read the whole story straight from his mom here.

Gather your ingredients. You will need marshmallows, crispy rice cereal, butter , vanilla and skittles in blue and green. You will also need a pan, some non-stick spray , a pot and a spatula. 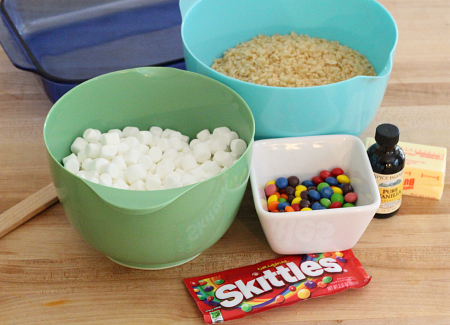 Start by having your wee ones sort the skittles while you melt 4 tbsp of  butter. 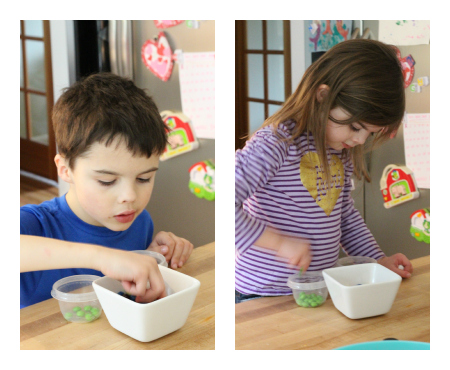 Add the whole bag of marshmallows, a dash of vanilla and stir . This is a great recipe for kids to help with because the temp is very low. 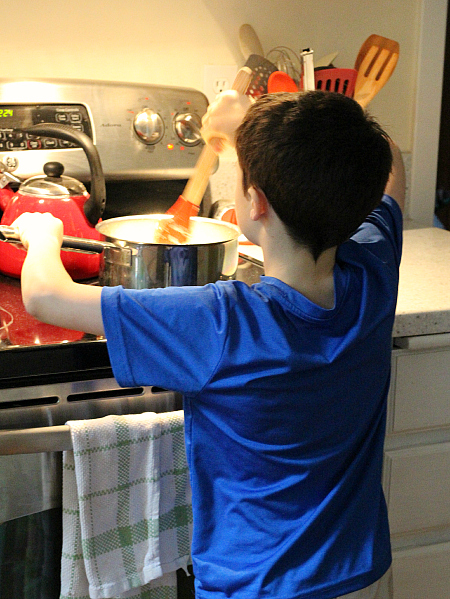 Add the cereal 4.5-5.5 cups… I just add slowly until I like the consistency. Pop them into the pan that has been sprayed with non-stick spray. Add the skittles. 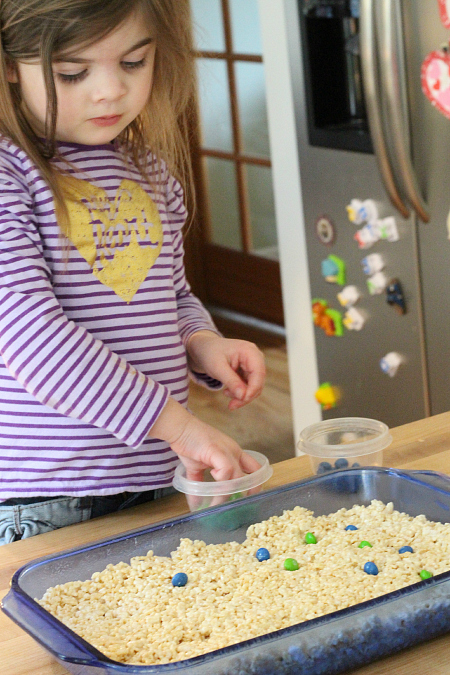 Push some deeper and keep some on top. I don’t add them in the pot because sometimes the color drains off. 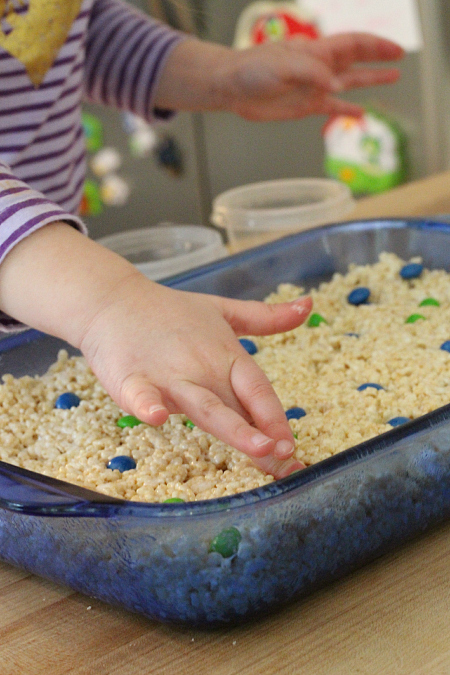 Cool and let harden some. Cut and serve. 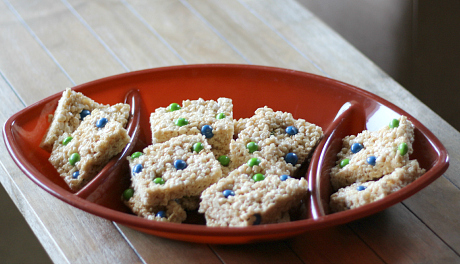 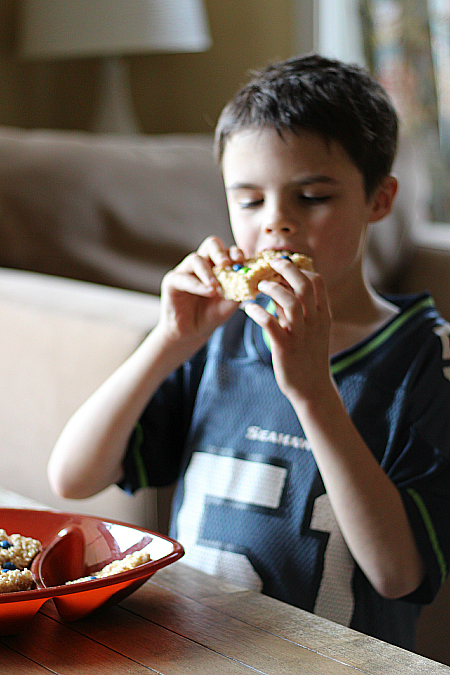 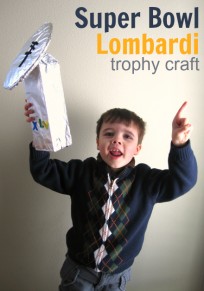 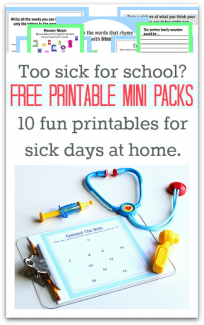 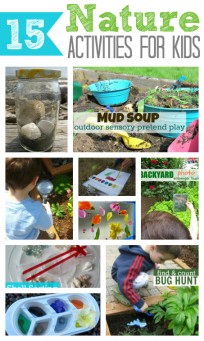