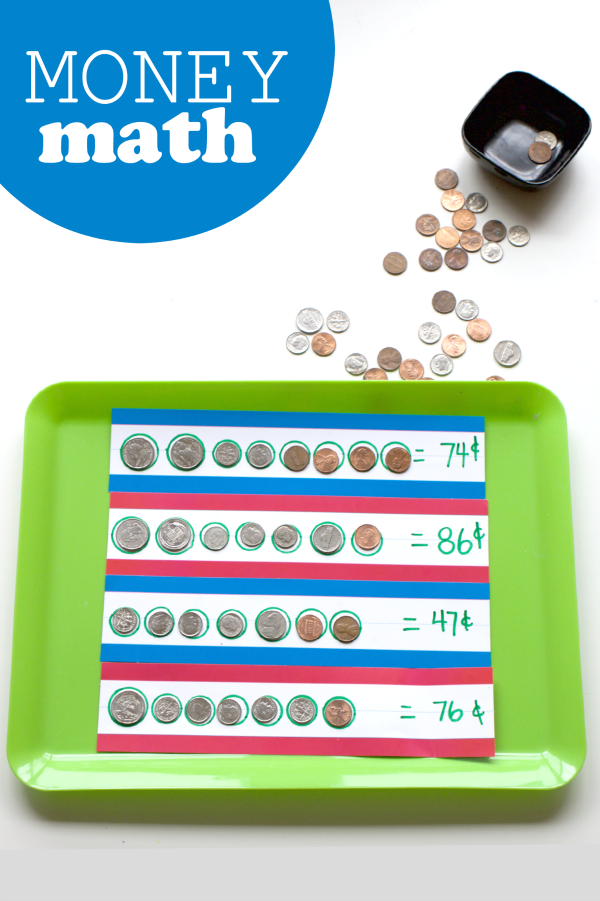 We all think our children are brilliant, but if we want to be effective parents or teachers we have to notice when they are struggling and find ways to connect them with help. It might be an easy fix or it might be years of intervention the key is to see their strengths and weaknesses honestly. My son is great at math but for whatever reason coins gave him a bit of a challenge. We don’t do a ton of school type work over the summer because I like my kids to be able to turn off and play but knowing that this challenge might follow him to third grade I decided to create a simple money math tray.

Gather your materials. You will need coins, a dish, some sentence strips, and a marker. A tray is optional, really it just makes a pretty picture for the blog! 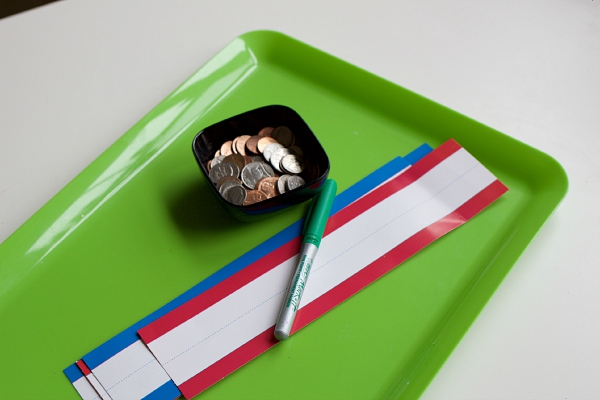 Start by counting out your coins and deciding on the final amounts. My goal for my son was to see that there are lots of ways to make different amounts with coins. He usually goes for the easiest, but I wanted to challenge him. 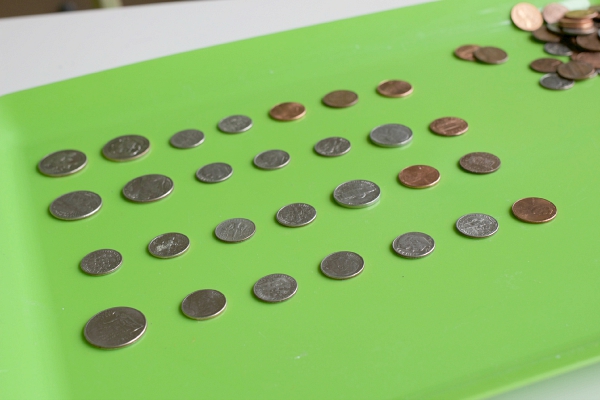 Place the coins on the sentence strips and trace. Add the amount at the end. 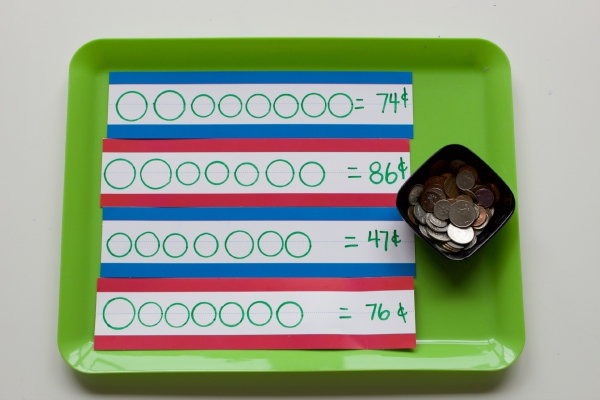 Tracing the coins act as a scaffold and prompt to use specific coins. I didn’t want him to just use 3 quarters and a penny to make 76 cents. I wanted him to think of other ways. By tracing the coins that let him know that only one quarter could be used for example. The 3 smaller coins all trace to approximately the same size so really it just gives kids a little nudge about how many quarters to use.

Call your future banker up to have a go! 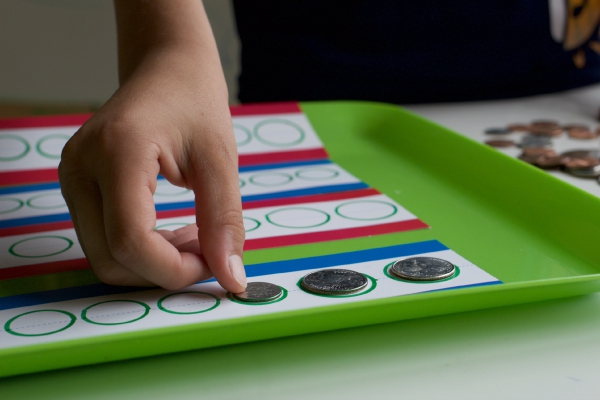 He did NOT like following the rules so he ended up doing the activity 2 ways. 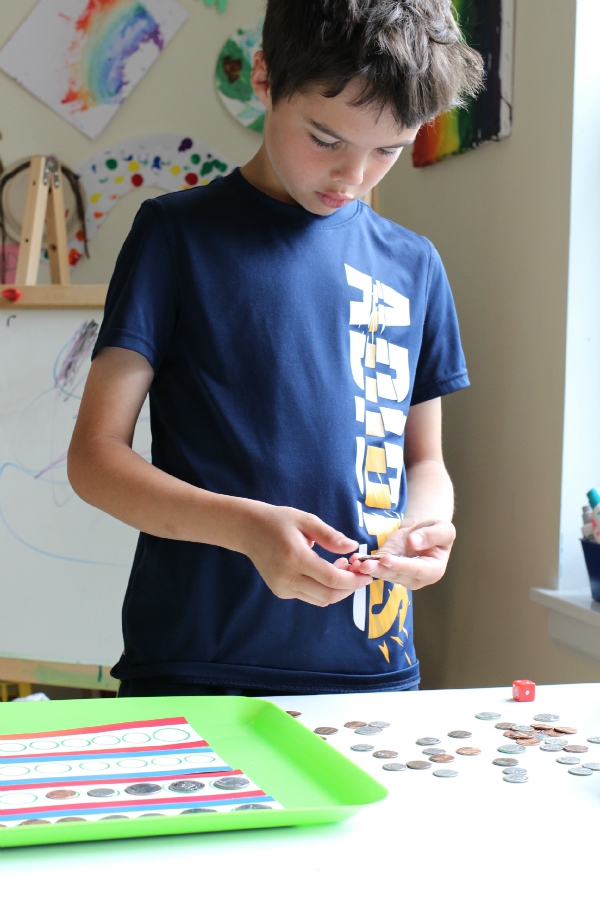 He’d show me how he would make the amount, and then he followed the prompts. This was AWESOME. He got twice the amount of math work in and felt like he was getting HIS way. 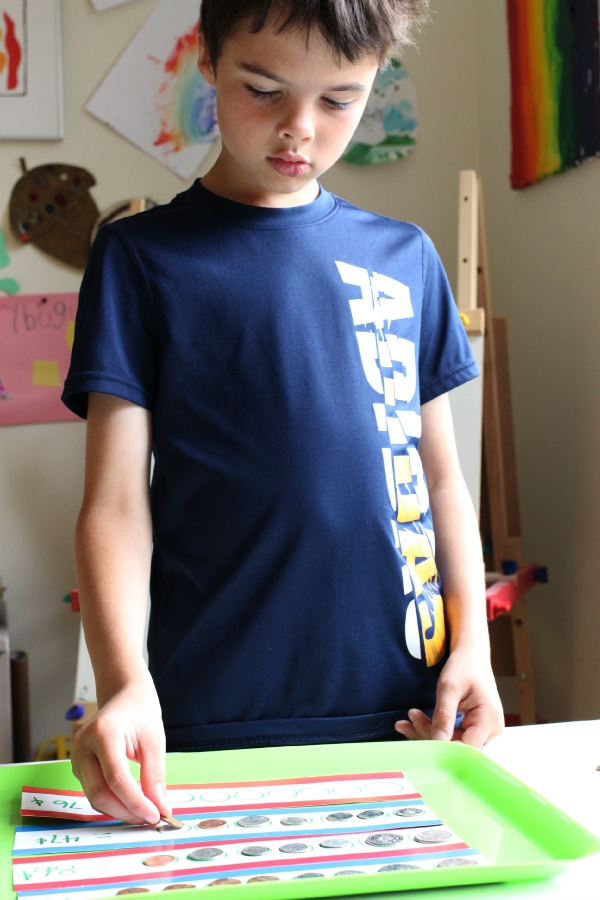 This little game really did help, and we played it again a few days later. I am confident that whatever confusing he had about coins won’t follow him to third grade! 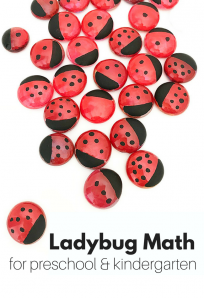 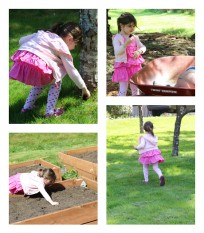 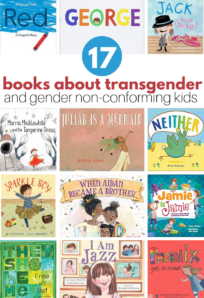 Next Post: Books To Teach Basic Concepts
Previous Post: The Ultimate Letter Of The Week Resource For Preschool