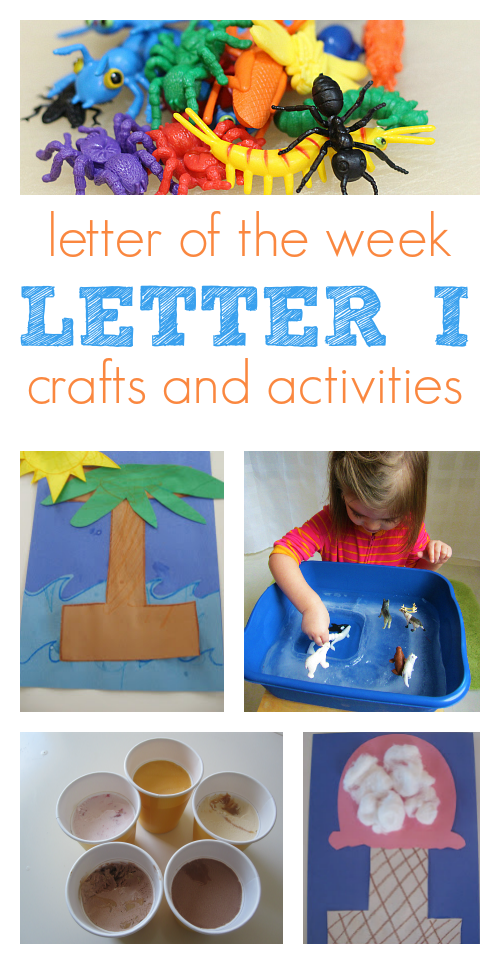 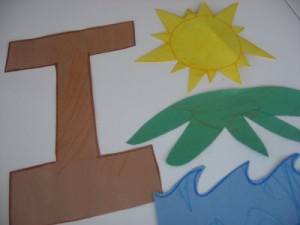 Ice Cream I – Island I

{Activities And Crafts Begining With I} 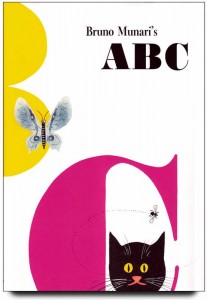 by Bruno Munari will make you wish you had an extra copy to pull out the pages and frame them. It’s  1960 retro gold. The book is simple enough; each page is devoted to a letter like most alphabet books, and on those pages are objects that start with the letter. There are cheeky bits of dry humor throughout as a fly shows up on pages after F and my son liked the S page with a sack of stars and snow for Santa.

All in all a little different but not groundbreaking.  However, the way it is graphically designed perfectly captures the retro-cool that simply can’t be recreated with a new book. My son liked it but wasn’t nearly as into it as I was. 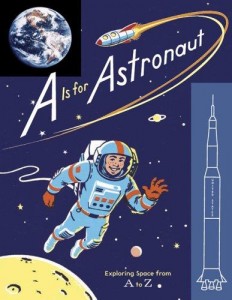 A Is for Astronaut: Exploring Space from A to Z

by Traci N. Todd is a typical themed alphabet book that is atypically funky. The vintage illustrations and historical photos from NASA make this book stand out from other similar books. Each letter represents some space-related items, and the historical images are so powerful in this because it bridges the gap from being a story to being information that children are eager to dive into further. There is something so powerful about a photograph to make that connection that this happened, these guys really walked on the moon in “the olden days” as my son calls any time before his birth in 2006. 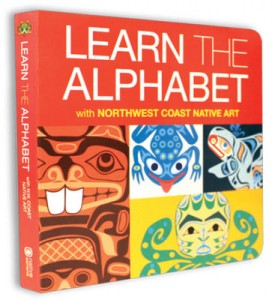 Learn The Alphabet: with Northwest Coast Native Art by Native Northwest was an amazing gas station find. Yes, I said gas station. I ran in for some diet coke and came out with an alphabet book! This book is amazing, bright beautiful and even though I bought it for my daughter since it’s bright colors and sturdy pages are perfect for a baby, my almost 4-year-old son adores it. What I love is when he reads it to her. The Native art is gorgeous, and if you are unfamiliar with North West coast art, you are in for a treat. 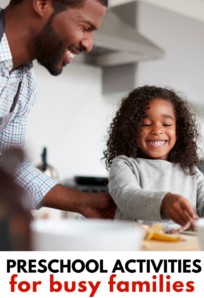 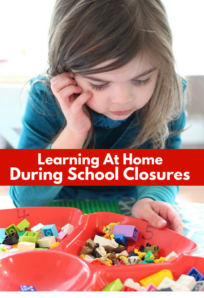 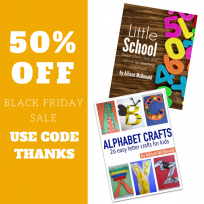