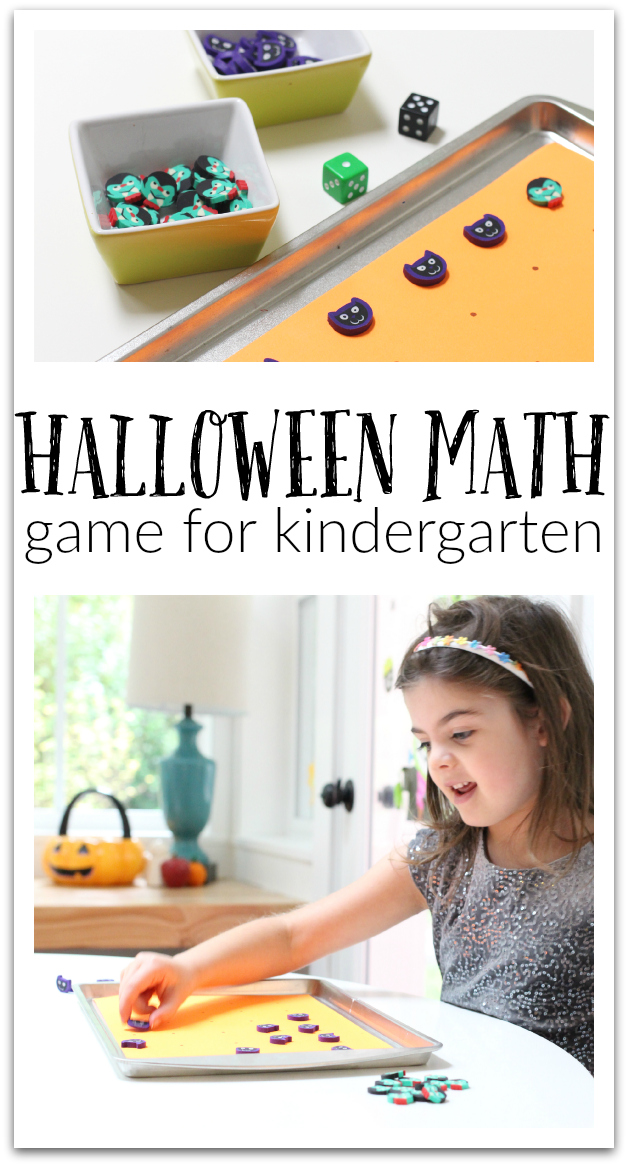 This wasn’t even going to be a post, it was just a little math game for my daughter because she found these Halloween erasers and wanted to play with them, but she had so much fun with it I knew I had to share it. This could NOT be simpler. You could use erasers like I have ( Target has similar ones in the dollar spot right now), candy, pom poms… anything really. Also even though we are using Halloween erasers you could do this any time of the year with any theme. I love simple after school activities like this math game kids can play solo, they are perfect for kids who are finished their class work early or for a quick after school activity like this for my daughter.

Gather your materials. You will need a piece of paper, a marker, dice in two colors, and two kinds of counters we used vampire erasers and bat erasers. The vampire ones were mostly green and the bats were mostly black so I grabbed a black and green dice. I also used a tray, but that’s optional. 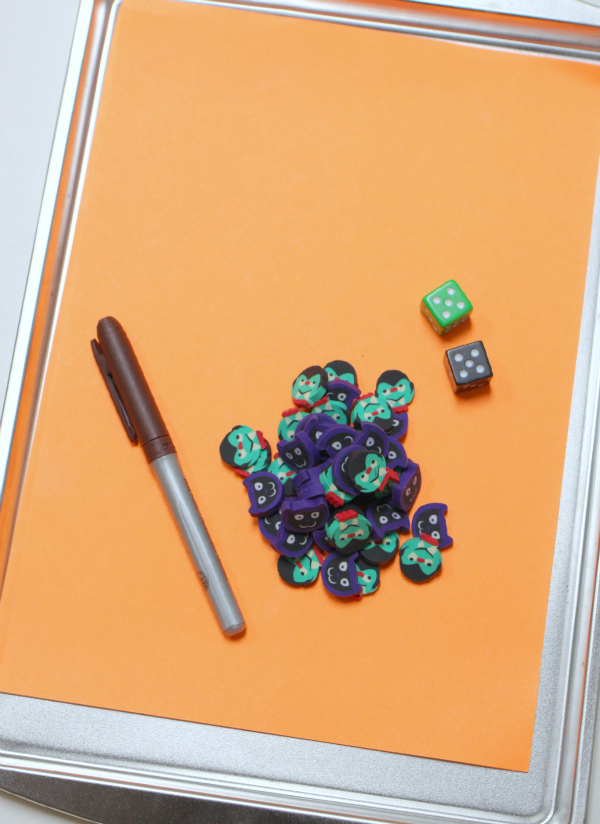 Make dots on the paper. This is my cheater grid maker. I could have made a grid on my computer and printed it out but I wanted to make this even easier and I was out of ink. SO I made dots and it worked perfectly. I made 5 rows of 5 dots. 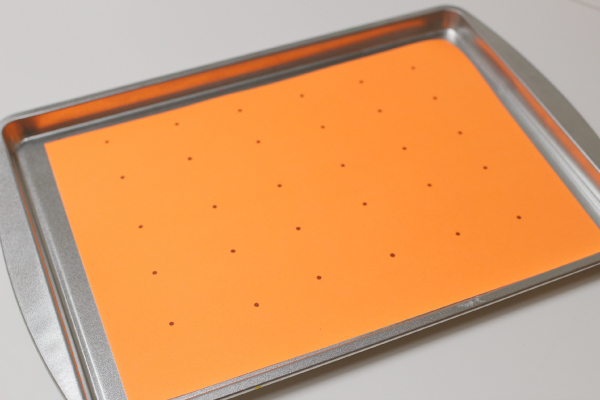 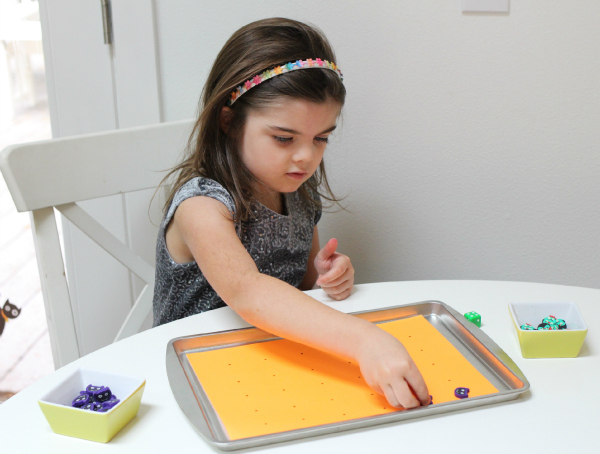 Invite your child to come play and explain the rules. 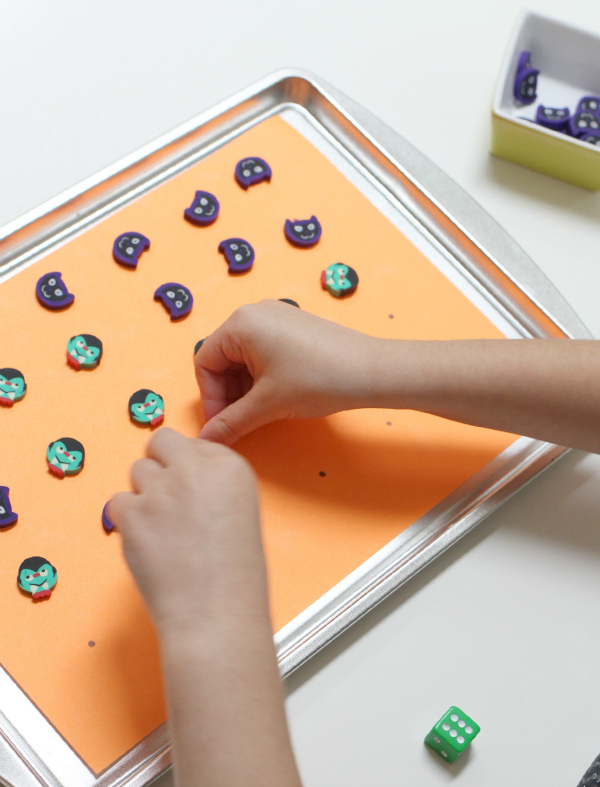 She dove in right away.

She kept count along the way. 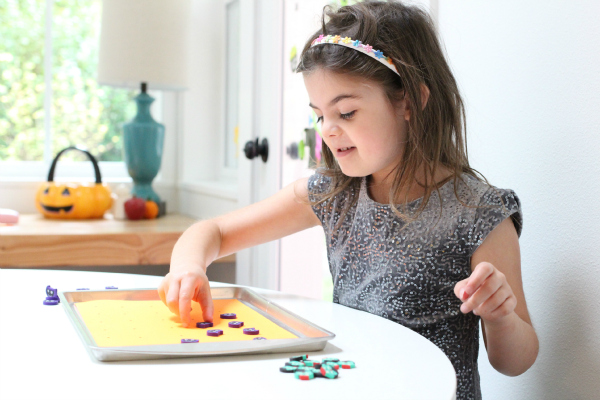 Then she started again! 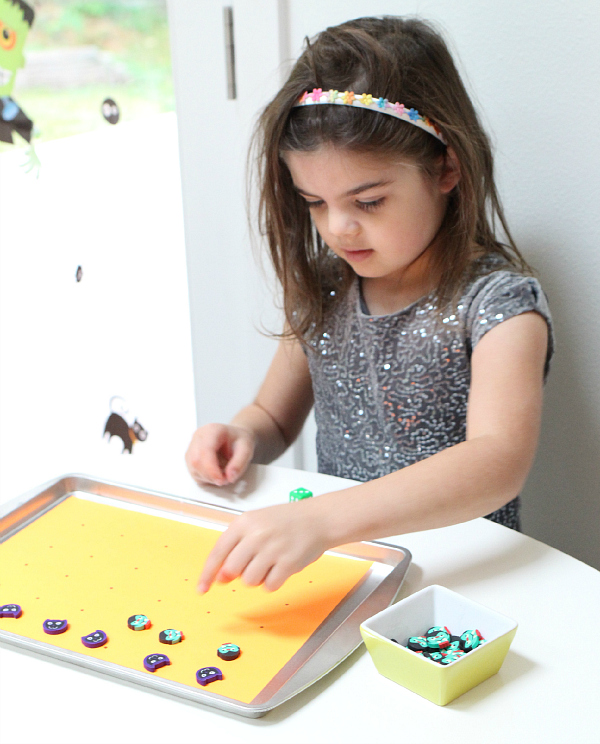 If your child is like my mathematician 5-year-old you will sit back and watch the smiles, if they aren’t into math but you really want them to play start talking about the race between the two types of manipulatives you have. ” Do you think the vampires will win? Oooh look you have more bats now!” if your kid is totally not into it, do not stress. Especially if they are in school all day, school is hard and kids need down time too. Find some Winter erasers and set this aside for later in the year. 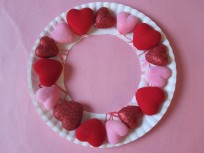 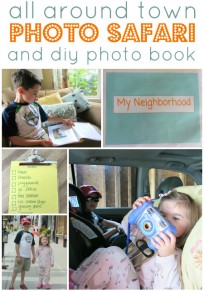 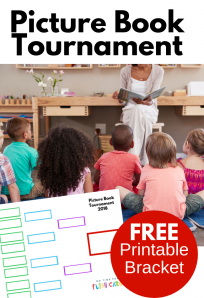